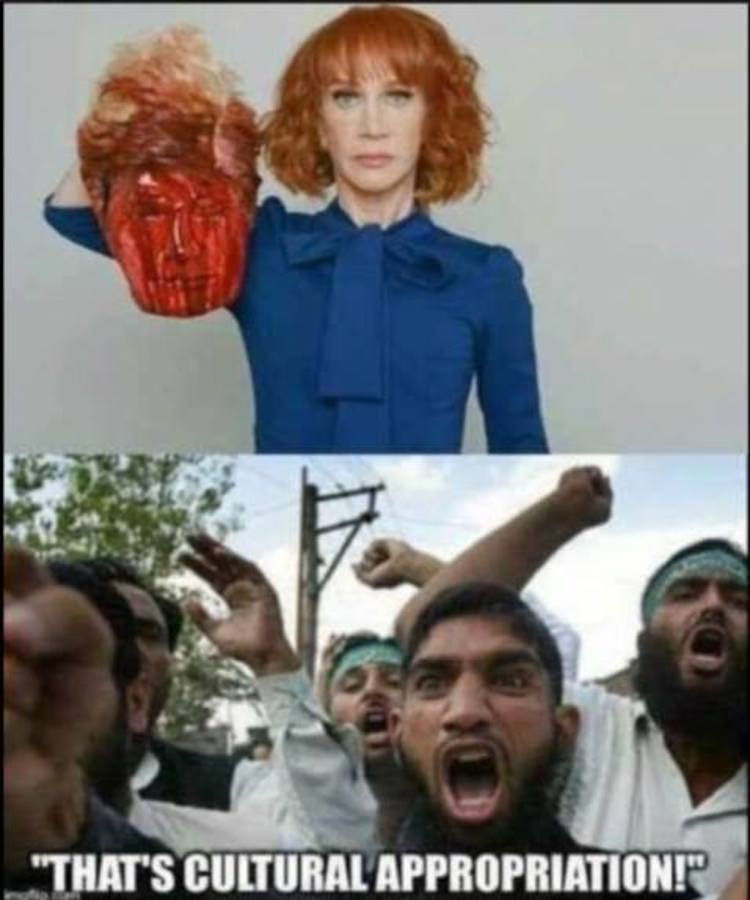 Don’t you just hate it when a publicity stunt backfires?

That is exactly what happened to Kathy Griffin.

She is losing contracts, gigs, and, if her friends are smart, friends.

Don’t you just feel AWFUL for her?

No? Not really? Good. Me either.

I guess there is just something about pretending to behead a sitting president that turns people off and doesn’t make them want to be around you.

Kathy Griffin continues to lose more work after a gruesome photo of her holding a severed head of President Donald Trump surfaced earlier this week.

In her press conference on Friday, the 56-year-old comedian admitted that so far this week she has lost multiple gigs in New Jersey, New York , New Mexico, and Pennsylvania.

“All my jobs,” Griffin said at her press conference. “Everything…to date I think that I have had five cancellations of concerts. I think the most ironic one is a casino in Albuquerque..I’m just saying there’s some irony there.”

“Due to the recent controversy surrounding Kathy Griffin and the concern for the safety and security of our patrons and staff,” a statement read on the Community Arts Theater website in Williamsport, Pennsylvania as the reason for the show being canceled.

Apparently Griffin has offended A LOT of people.

Despite her Twitter apology — “I am sorry. I went too far. I was wrong.”– few are ready to make nice with Griffin.