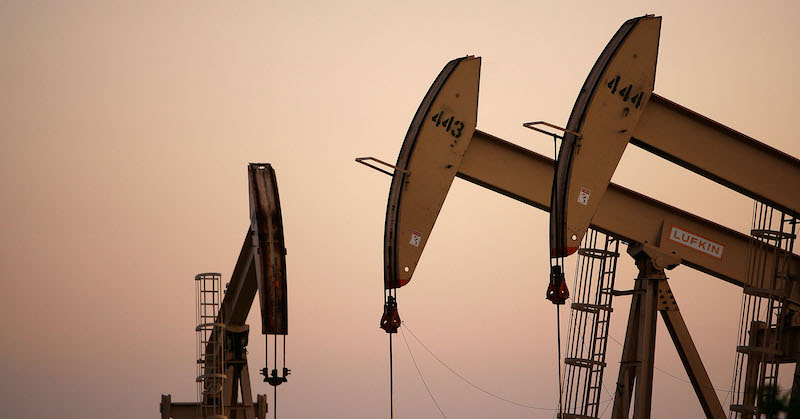 Good news for the American Energy Renaissance: a new field with massive reserves of oil has just been discovered in Texas.

During the past decade, the United States has seen a massive increase in oil output thanks to increased exploration and drilling in Texas and the Midwest. Places like North Dakota and Texas have had massive economic growth fueled by the oil boom.

Now, in West Texas, a new field has been discovered that is bigger than any other reserve of oil here in the United States.

The Star-Telegram has more details:

One portion of the giant field, known as the Wolfcamp formation, was found to hold 20 billion barrels of oil trapped in four layers of shale beneath West Texas. That’s almost three times larger than North Dakota’s Bakken play and the single largest U.S. unconventional crude accumulation ever assessed, according to the U.S. Geological Survey. At current prices, that oil is worth almost $900 billion.

The estimate lends credence to the assertion from Pioneer Natural Resources Chief Executive Officer Scott Sheffield that the Permian’s shale could hold as much as 75 billion barrels, making it second only to Saudi Arabia’s Ghawar field. Irving-based Pioneer has been increasing its production targets all year as drilling in the Wolfcamp produced bigger gushers than the company’s engineers and geologists forecast.

“The fact that this is the largest assessment of continuous oil we have ever done just goes to show that, even in areas that have produced billions of barrels of oil, there is still the potential to find billions more,” Walter Guidroz, coordinator for the geological survey’s energy resources program, said in the statement.

Historically, the region has been pumping out oil for many decades, but with the advance of new exploration technology, more oil fields are being discovered than ever before.

Although the Permian has been gushing crude since the 1920s, its multiple layers of oil-soaked shale remained largely untapped until the last several years, when intensive drilling and fracturing techniques perfected in other U.S. regions were adopted. The Wolfcamp, which is as much as a mile thick in some places, has been one of the primary targets.

The discovery of this oil field comes at an important time. In the past several months, American relations with Saudi Arabia have deteriorated as a bill worked its way though Congress that would allow 9/11 victims to sue the Saudi government for their role in the attacks.

Now, victims of the attacks and their families will be able to sue the Saudis; this could put immense strain on already strained relations between the two governments.

If the tensions get to a certain point, the Saudis may direct OPEC to stop exporting oil to the United States. As of 2015, we import about 11% of our oil from the Saudis, and 31% from OPEC countries, according to the U.S. Energy Information Administration.

Even a cut of 11% would cause prices to skyrocket as markets panic. However, with the discovery of new domestic sources of oil, if such an event were to occur, we could capitalize on our domestic reserves without suffering a great loss here at home.

It’s something to at least think about, because for the time being oil is our most reliable and bountiful source of energy. We would be wise to ensure that we will have it when we need it.