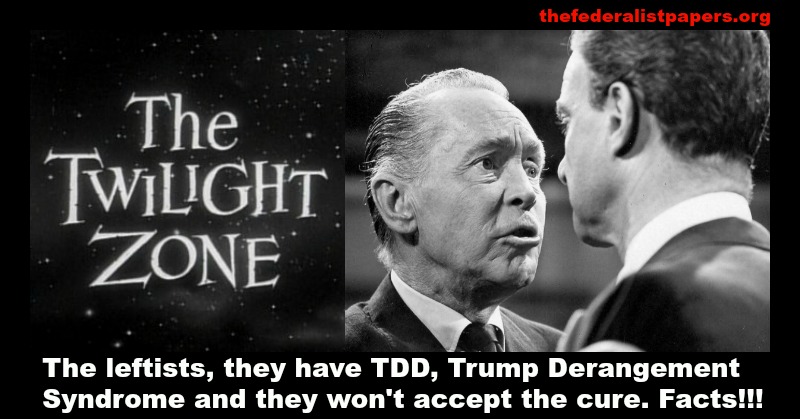 The latest anti-Trump protest is easily the most bizarre one I’ve seen so far. Witches have gathered to cast spells against President Donald Trump in an effort to stop him from doing things they don’t want him to do.

The performers known as WITCH gathered across from Trump Tower on Sunday, a standalone satellite protest of sorts on a day that saw a thousand people march through the Loop to mark the one-month anniversary of President Donald Trump’s inauguration. (Hundreds marched the following afternoon for “Not My President’s Day.”)

Participants, some whom dressed in black or donned capes, carried signs that sported slogans such as “We usher in the demise of patriarchy” and “We usher in the demise of white supremacy” as they ritually marched around a circle. The group—which has in the past staged an exorcism against gentrification in Logan Square and cast a hex on Rahm Emanuel and local slumlords—described Sunday’s action as a “hex and protective spell” to curse imperialism and Trump’s “witch hunt on immigrants.”

WITCH member Chiara Galimberti told Chicagoist last year that the group’s actions are a mix of art, protest and social justice. They focus their woke hocus pocus on “inequality and injustice in the Chicago area,” according to the Facebook event page.

In another witch protest set for Feb. 24th, spells are set to be cast around the world to “bind” Trump. Someecards reported:

A document detailing how to cast a spell that would bind Trump to all who abet him has been circulating the web in both private and public witchcraft groups, and even those who don’t regularly practice the craft are seizing the opportunity to use magic to stop the President.

Well, this is equal parts creepy and pathetic — which means it’s right up the left’s alley.

Maybe they should also find some sort of knowledge or common sense spell that would help them realize how ridiculous they are.

It would also illuminate the fact that many of them have no clue why they’re so butthurt about Trump outside of the fake news media telling them to be.