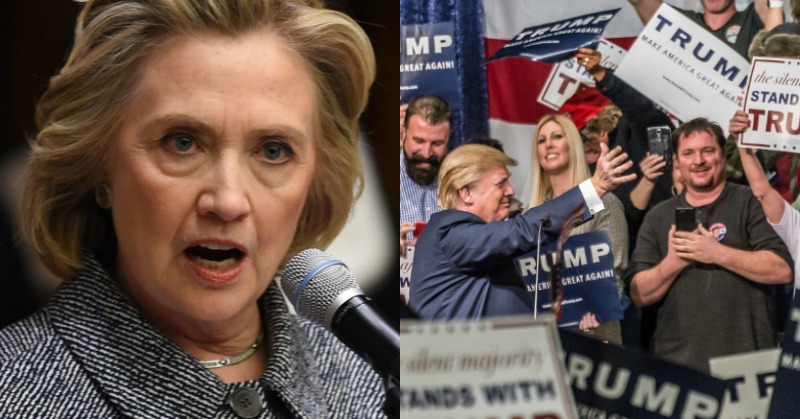 On Tuesday, WikiLeaks released a third batch of emails allegedly from the account of Hillary Clinton’s campaign chairman, John Podesta. In these emails, we have confirmation of what we all intuitively knew — Clinton hates the phrase “everyday Americans.”

I think if she doesn’t say it once, people will notice and say we false started in Iowa. Jennifer Palmieri, Director of Communications for Clinton’s presidential campaign, agreed with Podesta’s assessment, with the word “Truth” in response, according to WikiLeaks.

WikiLeaks also released excerpts from Clinton’s infamous Wall Street speeches, and in one speech to Goldman-Black Rock on Feb. 2014, Clinton made her distance from the middle class known:

“I’m kind of far removed because the life I’ve lived and the economic, you know, fortunes that my husband and I now enjoy.”

Clinton added, “I am not taking a position on any policy, but I do think there is a growing sense of anxiety and even anger in the country over the feeling that the game is rigged.” It’s interesting that Clinton said that about a year before her email scandal blew up — something that reignited the anger of many Americans over the fact that the Clintons get to play by a wildly different set of rules than the rest of us.

In another email, Clinton surrogate Bill Ivey discussed with Podesta the creation of an “unaware and compliant citizenry.”

If anyone still wasn’t convinced of the hatred Clinton has for most Americans, this should do it. Moreover, if anyone doesn’t get it after this, it’s likely that they never will.

Clinton sees voters as a means to an end. She, like many liberals — and globalist elites in general — believe that they know better than the unwashed masses what direction the country should go in and that we should just shut up and get in line.

There was already enough out there about Clinton to make this call, but particularly after this release, how can anyone honestly say that Clinton is a better option than Republican nominee Donald Trump?

Clinton has proven that she not only has disdain for everything this country stands for, she bears a distinct hatred for the people of this great nation — and particularly those that don’t want any part of her radical agenda.

Don’t worry about it, Hillary, many of us feel the same way about you — and if Trump is elected, perhaps you can spend some quality time stewing about it in a prison cell.