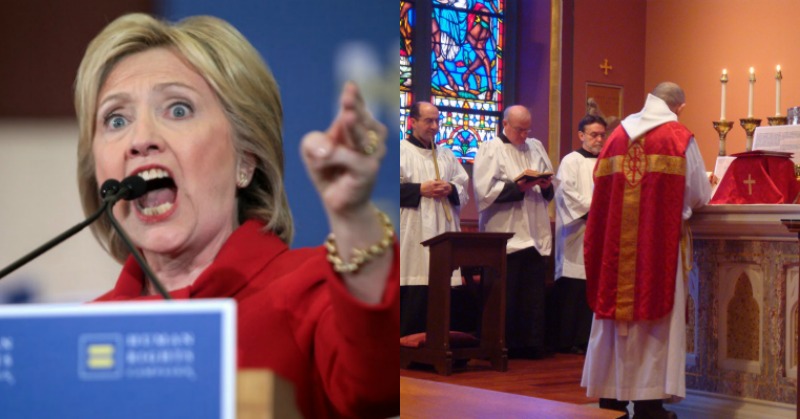 Amongst the newly released documents, one email exchange in particular should draw the ire of conservatives–and American Catholics specifically.

The 2011 email, entitled “Conservative Catholicism” comes from John Halpin, a senior fellow at the left-wing Center for American Progress (CAP), and is addressed to Jennifer Palmieri, formerly of the CAP and current Director of Communications for the 2016 Hillary Clinton presidential campaign, and John Podesta. The email, in which Catholic beliefs are referred to as “backwards”, drips with contempt for Catholic Americans and Conservative Catholics in particular.

“Many of the most powerful elements of the conservative movement are all Catholic (many converts) from the SC and think tanks to the media and social groups,” Halpin wrote to Podesta. “They must be attracted to the systematic thought and severely backwards gender relations and must be totally unaware of Christian democracy.”

“I imagine they think it is the most socially acceptable politically conservative religion,” Palmieri wrote. “Their rich friends wouldn’t understand if they became evangelicals.”

Or maybe they have a personal belief system that doesn’t have anything to do with politics or what other people think? That’s another angle of course, but not one that I would expect liberals to understand.

Take a look at the email below: 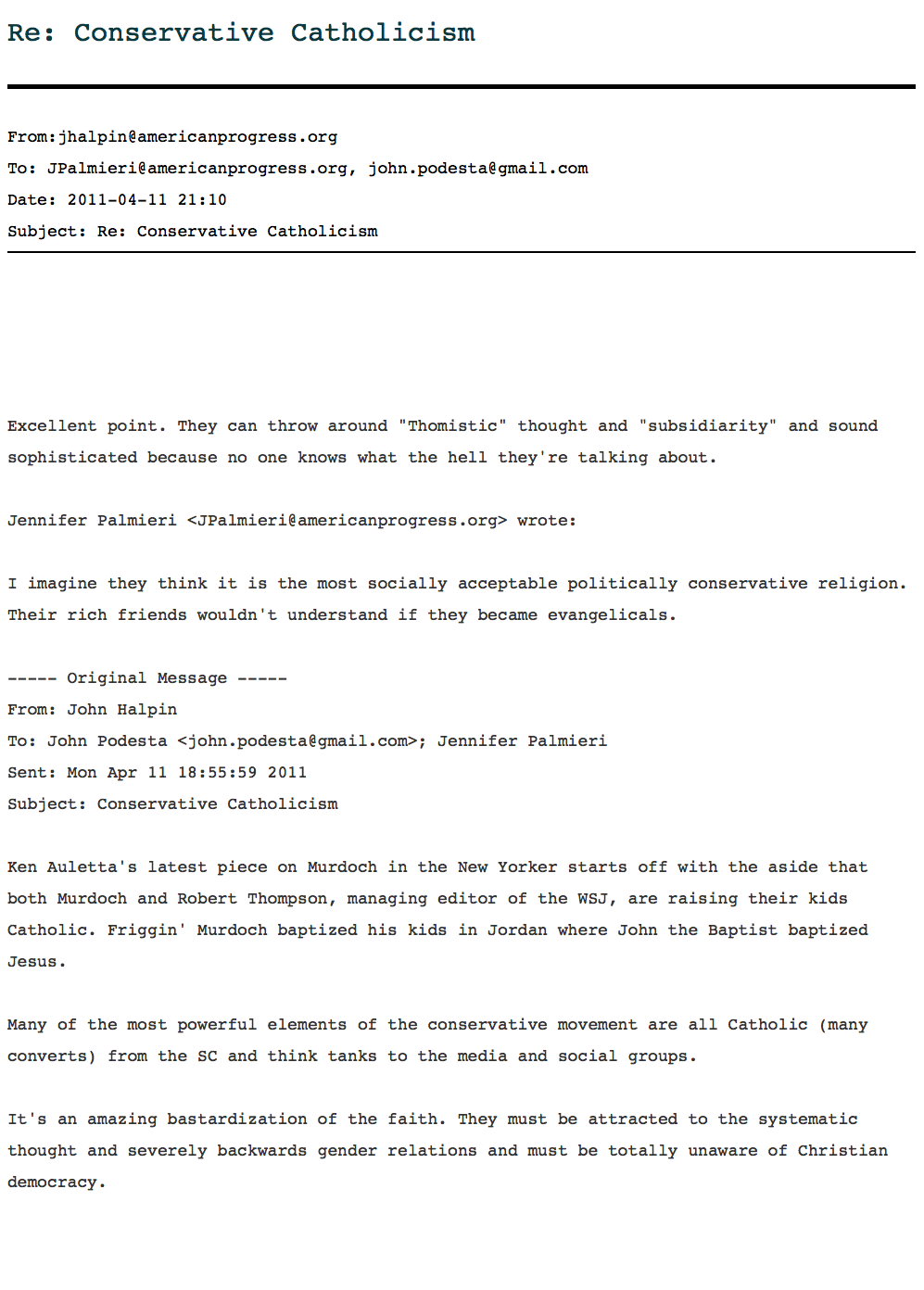 Now just imagine if GOP nominee Donald Trump’s campaign sent an email just like this about Islam. There would be calls for Trump to step down, or at the very least he would be expected to fire those involved in the email.

The email would be branded Islamophobic and Trump’s campaign would be denounced as bigoted and ignorant — so what does that make Clinton’s campaign?

What religion, or “bastardization” of that religion, comes to mind when you read that passage from the email?

Hint: it isn’t Catholicism, nor is it Christianity in general. If we want to seriously talk about “backwards gender relations” in a major world religion, any sane person would take a good look at Islam.

Ah wait, Clinton can’t do that because she takes enormous amounts of money from Muslim countries that treat women like garbage and engage in horrific human rights abuses.

There is, however, a “socially acceptable” war against Judeo-Christian values in this country — particularly against those on the political right — which is perfectly acceptable to globalist liberals that falsely claim to be “tolerant.”

Yes, they’re oh so tolerant — of anyone that pledges allegiance to the cult of liberalism.