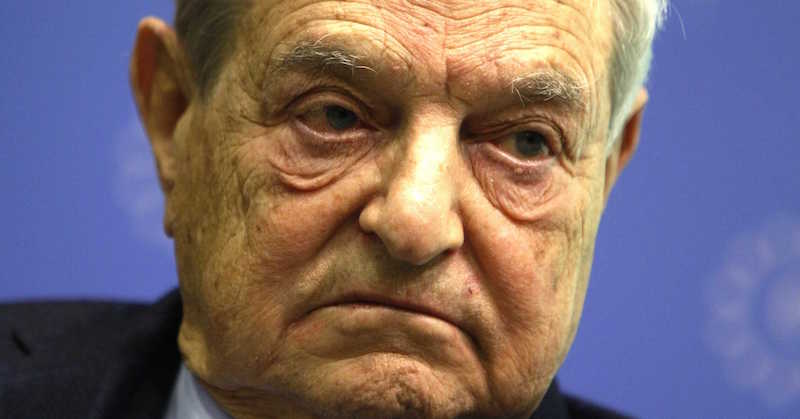 George Soros took a look at the recent incidents of blacks being killed by police and the subsequent discontent and saw an opportunity.

He had found a way to take advantage of the crisis and begin advocating for federal control of law enforcement across the country.

In fact, that’s precisely what his group called the document they prepared… “Police Reform: How to Take Advantage of the Crisis Of the Moment and Drive Long-Term Institutional Change in Police-Community Practice.

The extensive memo, obtained by Breitbart, specifically points to black men being killed in Ferguson, Missouri, Staten Island, North Charleston and Baltimore as tragedies they can “take advantage of.”

Soros’ group, the Open Society Foundations, wrote that they plan to “use this moment” to create a “national movement” for police reform.

The federal government is seeking philanthropic support for a number of its initiatives. In addition to seeking support to advance the implementation of the recommendations of the Presidential Taskforce, the White House recently launched the Policing Data Initiative to explore how best to use data and technology to build trust, voice, and solutions to improve community policing. The Department of Justice recently selected the first six cities to host pilot sites for the National Initiative for Building Community Trust and Justice, which was launched last fall to help repair and strengthen the relationship between law enforcement and the communities they serve by exploring strategies intended to enhance procedural justice, reduce implicit bias, and support racial reconciliation.

We are gaining a better understanding of these efforts in order to determine how best USP can use this moment to create a national movement. We have already had a set of preliminary conversations with about a dozen key stakeholders and will undertake a field scan to map the areas of work currently underway to advance police reform, including an assessment of the redundancies and gaps in work, and opportunities for collaboration. As we proceed, we will engage the funder network we helped to establish, the Executive Alliance on Men and Boys of Color, which now includes forty foundations.

Another objective is to reduce the incarceration rate for black Americans.

The police killings of African-American men in Ferguson, Staten Island, most recently in North Charleston, Baltimore, and many other American cities, highlight that reform of policing policy and practice must be integral to our criminal justice agenda. Notably, while such reform activities are inextricably linked with our concerns about racial justice and equity, in particular about advancing opportunity for boys and men of color, they are also critically related to our goal of reducing incarceration, given the role that police practices play in bringing people into the justice system.

Perhaps more promising is the taskforce empaneled by President Obama on policing, which developed more than 60 recommendations to provide direct support and guidance to localities on how to improve policing practices. (USP Advisory Board member Bryan Stevenson served as a member of the taskforce and a number of grantees, including NAACP-Legal Defense Fund [LDF], Leadership Conference on Civil and Human Rights [LCCHR], and others, testified at its hearings.)

Since the release of the taskforce’s recommendations earlier this month, there has been much discussion about how best to ensure effective implementation given the federal government’s limited authority to dictate reform at the local level.

An important ally to Soros’ organization is Black Lives Matter, which they describe as “another layer of grassroots and youth-oriented groups.” In fact, Soros has committed $650,000 directly to Black Lives Matter.