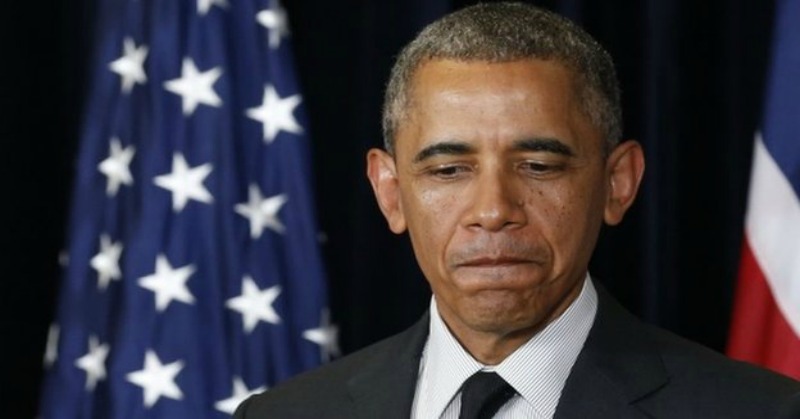 Wikileaks has done an amazing job of revealing to the American people just how screwed up and corrupt our government really is, at all levels. The most recent revelation comes from the very top, and shows that Obama may have directed his supporters in Colorado to engage in a little all-American voter fraud.

In an email, John Podesta discussed his meeting to two Coloradans who made it clear that they wanted help in making sure that only legal and living people were allowed to vote in the 2015 caucuses.

These two individuals just happen to be tight with the Clinton campaign, and are concerned that there might be some improper conduct going on surrounding the caucus, and as we all know, if it’s not the Clintons who are cheating, nobody can cheat! 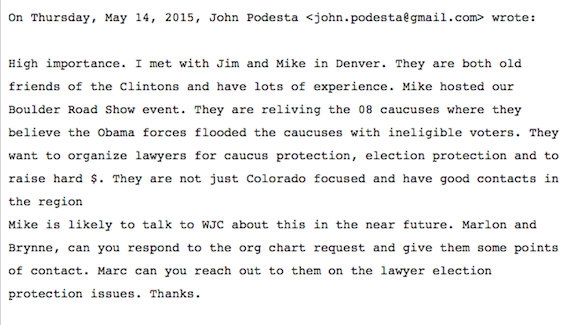 As this message describes, these two people discussed a strong likelihood that massive voter fraud was taking place in Colorado. So why is it when Republicans mention voter fraud they’re laughed out of the room, but when Democrats talk about it among themselves, there’s never any refutation that it exists?

Maybe that’s because a local television station in Colorado found out that dead people have been voting for years. Sara Sosa was one of those people. After her death in 2009, she somehow managed to cast ballots in 2010, 2011, 2012 and 2013. Her husband Miguel Sosa passed away in 2008, but a closer look reveals he cast a vote in 2009.

“I was shocked and surprised at this,” said Broerman. “This cannot happen. We cannot have this here or anyplace in our country. Our democracy depends on it. People have spilled their blood for the values and underpinnings and beliefs of this country.”

Broerman said after their deaths, the Sosas remained on active voter rolls and mail ballots were still sent to their home because they did not meet the criteria to have their names deleted from eligible voter rolls.

“Somebody was able to cast a vote that was not theirs to cast,” concluded Broerman.

So being dead is not on the list of things that will get you deleted from the voter rolls? That’s odd because last time I checked, that was one of the very few things that would make a person ineligible to cast a ballot.

Nell Cluck was another woman in Colorado who miraculously found a way to cast a posthumous vote.

Cluck passed away in February of 2009 but 9 months later, it was discovered that she was still casting votes. John Grosso of Denver faced a similar situation where he died in 2004, and turned up in a polling place two years later.

But Colorado isn’t the only place where ineligible people are finding their way to the polling booth. Just last month, the Virginia Voters Alliance published a report in which they claim 1046 illegal aliens have registered to vote despite the law stating that such actions are not allowed.

Voter fraud is a very real problem and something needs to be done about it before live, eligible voters find ourselves overwhelmed by dead and illegal voters.