Ben & Jerry’s has been sued by an environmental advocate who said it deceived consumers by touting that the milk and cream it uses to make ice cream came exclusively from “happy cows.”

In a complaint filed last week, James Ehlers said Ben & Jerry’s “breached consumer trust” by representing that the milk and cream were sourced from cows on Vermont dairies that participate in its “Caring Dairy” program.

Ehlers said less than half the milk and cream actually came from “happy cows,” with the rest coming from “factory-style, mass-production” dairy operations.

He said the deception enabled Ben & Jerry’s and its parent Unilever Plc to charge premium prices, unjustly enriching themselves and violating a Vermont consumer protection law.

Ben & Jerry’s is facing a lawsuit accusing the ice cream maker of false advertising by saying the milk and cream in its products comes from “happy cows.” https://t.co/RrQNyfdEAh

The proposed class action filed on Oct. 29 in the federal court in Burlington, Vermont seeks damages for ice cream purchasers nationwide and in Vermont, and to stop Ben & Jerry’s from claiming its milk and cream came from “happy cows” on “Caring Dairy” farms.

Ben & Jerry’s spokeswoman Laura Peterson said the company does not discuss pending lawsuits, but was “committed to building a resilient, regenerative dairy supply” and considered its Caring Dairy program “the most progressive in the industry.”

According to Ben & Jerry’s website, the Caring Dairy program requires participating farms to meet a variety of standards to ensure the humane treatment of cows.

Ben & Jerry’s was founded in 1978 in a renovated gas station, and has long positioned itself as socially conscious.

Ehlers was a candidate for governor of Vermont last year, but lost in the Democratic primary. 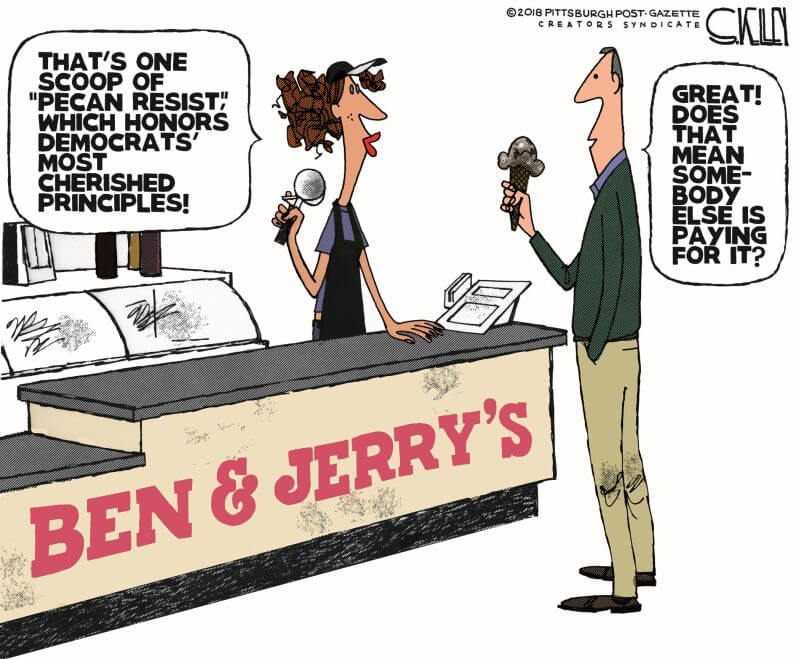