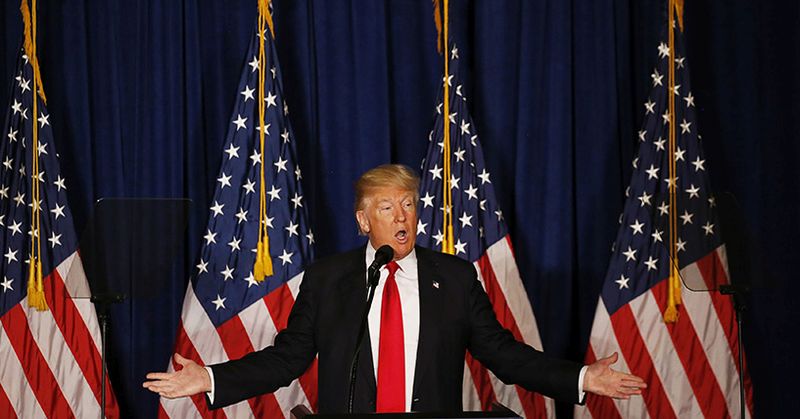 Leftist eggheads are crowing over a report that they claim proves higher education leads to a more liberal worldview. With America’s college campuses becoming increasingly intolerant of free speech –  or for that matter critical thinking –  one can only imagine the vault of horrors that would be cracked open if Bolshevik Bernie ever got elected president and started handing out his promised college tuition freebies.

The report, by the Pew Research Center, cements into place the liberal narrative that they are smarter than conservatives, which has long been used by the parasites of American intelligentsia to justify their ability to collect a salary despite not having any experience working in the real world.

You know the type, the holier than thou, tweed-clad, pipe-puffing career academic snobs who dwell in ivory dowers and sneer down at everyone else.

It’s a well-worn (if not-entirely-agreed-upon) idea that college makes people more liberal. But a new report adds a twist to this: the most educated Americans have grown increasingly liberal over the last couple of decades.

A report from the Pew Research Center finds a wide partisan gap between highly educated and non-highly-educated Americans. Not only that, but the share of college grads and post-graduates who are “consistently liberal” (based on their answers to a series of policy questions) has grown sharply in the last 20 years.

The same kind of change just hasn’t happened on the conservative side.

This squares with something Pew found last year: while the partisan identification of people without college degrees have held steady over the last couple of decades, people with college degrees increasingly identify as Democratic or lean that way.

“There’s some pretty good evidence that going to college leads people to have more liberal attitudes on social issues, in particular on issues of tolerance, of difference and issues of gender equity,” said Neil Gross, sociology professor at Colby College, who has studied liberalism at colleges.

NPR then goes on to further break the study down into a partisan political tool by spinning it to show that that higher education doesn’t only make people more liberal but also makes them more likely to be Democrats.

In a sane world, one would think that more education would lead to a rejection of liberalism as being silly Utopian drivel more applicable to fantasy-land than to a functional society.

However, in today’s culture of self-reverence, political polarization and incurable dumbness, the report is a sad testament to how far this once-great country has fallen.

What is missing, however, is any mention of the ongoing attempt to prey on naive and fertile young minds by predatory professors looking to engage in social engineering and indoctrination.

This is exactly what has been happening at these incubators of intolerance known as colleges. That campuses are becoming more radical can’t be argued.

There was that big brouhaha at the University of Missouri over the infamous “poop swastika,” and the protests led by violence-inciting liberal fascists like Melissa Click that led to the resignation of school authorities.

Then there was the failed attempt by a militant black group – the Black Justice League – to force Princeton University to remove former president Woodrow Wilson’s name from buildings on campus.

Not because he lied about keeping the country out of WWI – resulting in the deaths of over 100,000 Americans – or that he presided over the creation of the temple of avarice that is the Federal Reserve, nor his oppressive persecutions of anti-war dissidents. No, Wilson’s crime is that he was a racist.

The Princeton effort failed, but it wasn’t for lack of effort by the useful idiots egged on by radical professors and communists ideologues.

The trouble continues to brew at schools whether it is from students claiming that it’s their right to not be offended, or the proliferation of safe spaces and cries of persecution whenever graffiti supportive of Donald Trump happens to appear scrawled in chalk on campus sidewalks.

The Pew report also doesn’t consider that many Americans are actually able to make it on their own and not get sucked into government enforced student loan debt-slavery at state indoctrination mills.

There is no mention given to successful entrepreneurs, skilled tradespeople, citizens who received their training in the U.S. military, or those who are talented enough to have parlayed their God given artistic skills into independent careers. But they don’t matter because the really smart people go to college even if their liberal arts degrees qualify them for little more than jobs within the fast food service gulag system.

The spin on the study is typical leftist hogwash but what else can you expect from the blood-sucking chiselers in academia and their pipeline to the liberal media.