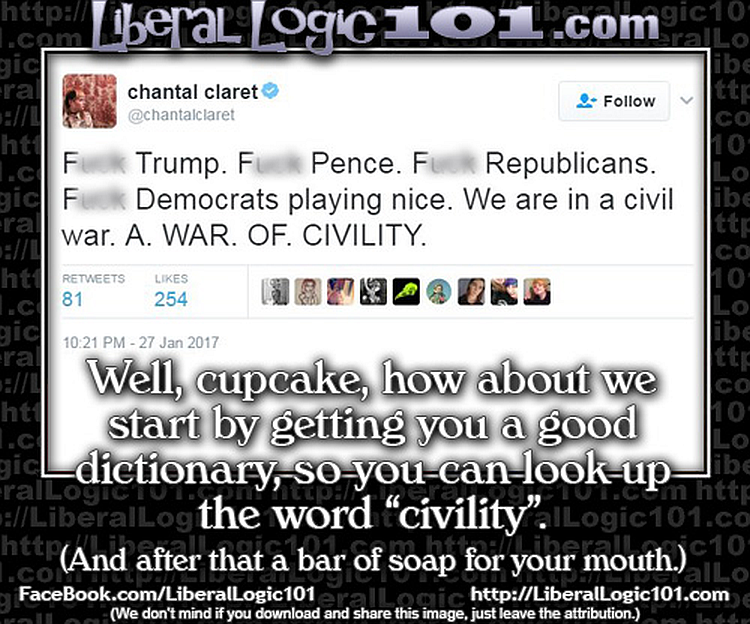 We knew it was coming – and it wouldn’t have mattered who Trump nominated. Angry Leftist lawmakers were going to whine and moan anyway.

But the level of nonsensical complaining is already at a level of insanity that couldn’t get much more crazy.

Take the pro-abortion group NARAL. They come right out of the gate and declare that Trump shouldn’t be given a Supreme Court pick at all. Ever. “ … we cannot afford to elevate [Trump’s] destructive agenda with a lifetime appointment to our nation’s highest court.”

Then they run down a litany of reasons why Judge Gorsuch is so dastardly. But their reasons are so dull, they’re almost laughable. Here are some of their reasons:

They write that ObamaCare’s contraceptive policy forced Hobby Lobby to “violate their religious faith” and called it a “clear burden.” – DESPICABLE!

And my favorite reason why the pro-abortion people hate Gorsuch:

“Gorsuch Wrote A Book Arguing Against The Legalization Of Physician-Assisted Suicide Because Of The Intrinsic Value of Human Life.”

A Supreme Court nominee who believes in the “intrinsic value of human life”? Can you imagine that such evil exists?

What a bunch of nonsense.

The Sierra Club was equally hysterical about Gorsuch. They provide zero evidence for their opposition, but manage three paragraphs of tired leftist talking points. Here’s one of them:

“As a Supreme Court Justice, Gorsuch could undermine countless safeguards, including those that protect the civil rights, workers’ rights, women’s rights, and the health and safety of our environment. We strongly urge Senators, who are elected to represent and protect the American people, to stand up for families across the nation, oppose this nomination, and use every tool in the shed to block this extremist nominee.”

It sounds to me like Neil Gorsuch will murder you in your sleep and eat your babies.

“The Supreme Court is one of the last lines of defense at this perilous time for our country. Fundamental principles of our democracy — voting rights, freedom of the press, and equal treatment — are under attack. It is now the duty of the Court to defend the constitution and the rights and freedoms it guarantees all Americans. Our highest court should reflect the values we have always held in highest regard: justice, equality, and the rule of law.

“The Senate must thoroughly vet Trump’s nominee. In light of Trump’s despotic tendencies and Russia’s role in his election, the Senate must reject any nominee whose allegiance to our Constitution and our most fundamental rights is in doubt.”

The Left has gone bye-bye here. We know what they’re going to do. Stall, filibuster and pander. The only question is: How much of it are Republicans willing to put up with?