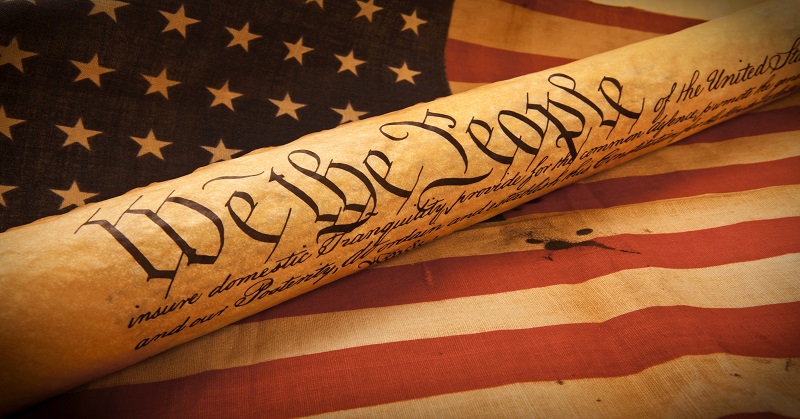 Did you know the United States Constitution is Russian Propaganda?

That’s according to a new group called “Prop or Not” that claims to call out websites that actually serve as “fake news” fronts for Vladimir Putin’s regime.

They have a massive list of sites that they claim are complicit in spreading Russian propaganda.

There are the genuine Russian propaganda sites like RT.com (which is actually funded by the Russians) and Pravda.ru, but also on the site? The Drudge Report, the Ron Paul Institute and ZeroHedge, a pro-liberty, pro-free-markets site.

Some of the sites, like NaturalNews.com and HealthNutNews.com have a decidedly leftist slant, but they’re far from “Russian propaganda.” The vast majority, however, are conservative news sites (like ourselves).

That’s right. It’s all propaganda. Even the U.S. Constitution. 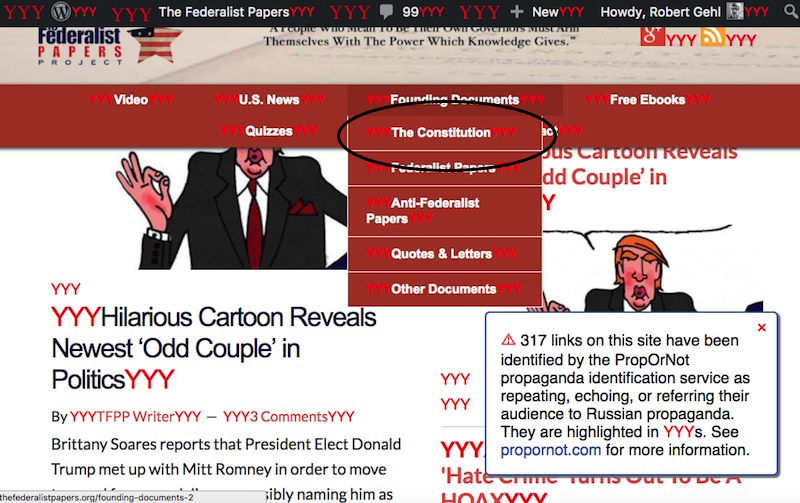 They call their list “An Initial Set of Sites That Reliably Echo Russian Propaganda.” Here’s how they justify the sites on their list:

We have used a combination of manual and automated analysis, including analysis of content, timing, technical indicators, and other reporting, in order to initially identify (“red-flag”) the following as Russian propaganda outlets. We then confirmed our initial assessment by applying whatever criteria we did not originally employ during the red-flag process, and we reevaluate our findings as needed.

Please note that our criteria are behavioral. That means the characteristics of the propaganda outlets we identify are motivation-agnostic. For purposes of this definition it does not matter whether the sites listed here are being knowingly directed and paid by Russian intelligence officers, or whether they even knew they were echoing Russian propaganda at any particular point: If they meet these criteria, they are at the very least acting as bona-fide “useful idiots” of the Russian intelligence services, and are worthy of further scrutiny.

We assess that this overall Russian effort is at least semi-centralized, with multiple Russian projects and influence operations working in parallel to manage the direct and outsourced production of propaganda across a wide range of outlets. It is data-driven, and rewards effective entrepreneurship and innovation with increased funding and other resources. There are varying degrees of involvement in it, and awareness of involvement. Some people involved seem genuinely unaware that they are being used by Russia to produce propaganda, but many others seem to know full well.

Their claim that they “reevaluate their findings” after their sites are flagged is total nonsense. They are either too lazy to actually check whatever algorithms they claim they’re using or they genuinely believe the United States Constitution is Russian Propaganda.

By publishing these sites, they are attempting to smear and discredit sites that are critical of the liberal political establishment. They’re “naming names,” which is just a new form of McCarthyism. Have they no shame?

Oh – and if you need any further evidence that this is nothing but leftist nonsense, check out the sites that they leave out. The following are sites that they do not think merit inclusion in their list as “Russian Propaganda:”

But that’s all beside the point. The simple fact that they flagged the U.S. Constitution as “Russian Propaganda” means that they are even more of a “propaganda” site than any of the sites they’re claiming to expose.