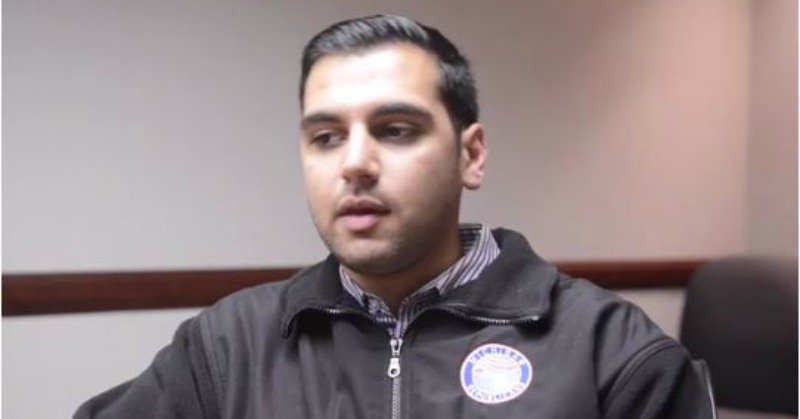 One of Michigan’s 16 Electoral College voters, 22-year-old Michael Banerian, has been deluged with harassment and threats — including death threats — about his upcoming vote for President-elect Donald Trump on Dec. 19.

Michael Banerian wants to show that young adults still have faith in the political system, but he said his selection as one of Michigan’s 16 Electoral College voters has prompted emails urging him to vote for Democrat Hillary Clinton and even threatening death.

On Dec. 19, the 22-year-old Banerian is scheduled to join 15 other Michiganians to cast their electoral votes for Republican President-elect Donald Trump. But Trump’s opponents have deluged Banerian and other GOP electors with pleas and nasty emails to reverse course and cast their ballots for Clinton, according to the Michigan Republican Party.

The Detroit News verified one message containing a death wish and another containing a death threat, in which the person told Banerian he would “put a bullet” in his mouth. Banerian said he deleted the rest of the emails and messages “because as you can imagine they’re clogging up my email.”

Although critics have complained that the people’s will is being thwarted because Clinton narrowly leads in the national popular vote, Banerian said the system will be vindicated when he and other electors go to Lansing on Dec. 19. Electoral College defenders have argued the country’s founders designed the system to protect small states from being dominated by states with large populations.

“You have people saying ‘you’re a hateful bigot, I hope you die,’” Banerian said. “I’ve had people talk about shoving a gun in my mouth and blowing my brains out. And I’ve received dozens and dozens of those emails. Even the non-threatening-my-life emails are very aggressive.”

“Even if I could, I wouldn’t be remotely interested in changing my vote,” he continued. “The people of Michigan spoke, and it’s our job to deliver that message.”

Banerian is a senior political science major at Oakland University in the Detroit metropolitan area. He also serves as youth vice chair of the Michigan Republican Party.

“I think I’m looking forward to being a next-generation American reaffirming the Electoral College by casting that vote,” Banerian said.

Michigan Republican Party spokeswoman Sarah Anderson told the Detroit News that some of the lobbying for electors to change their vote is peaceful, but in some cases electors have received threatening emails and messages about their vote. The Detroit News wrote that they attempted to reach out to several of the electors on Wednesday but were unable to do so.

“Hearing from them that they are also receiving threats, I’m interested in getting a consensus from the group … and seeing if it’s something that we should report to the police,” Anderson said. “It’s obviously something that we’re taking very seriously.”

Michigan Democratic Party Chairman Brandon Dillon told the Detroit News on Wednesday: “That’s absolutely wrong, and anybody who sends a threat like that frankly should be prosecuted.”

This is the tolerant left for you. It’s bad enough that they are often woefully ignorant about the Electoral College — despite still having plenty to say about it — but to threaten someone with death and intimidate them because you voted for a different candidate is despicable.

Speaking of which, as Banerian noted, even though he wouldn’t want to anyway, he actually can’t legally change his vote, so it makes it even more ridiculous for people to try and intimidate him to do so…