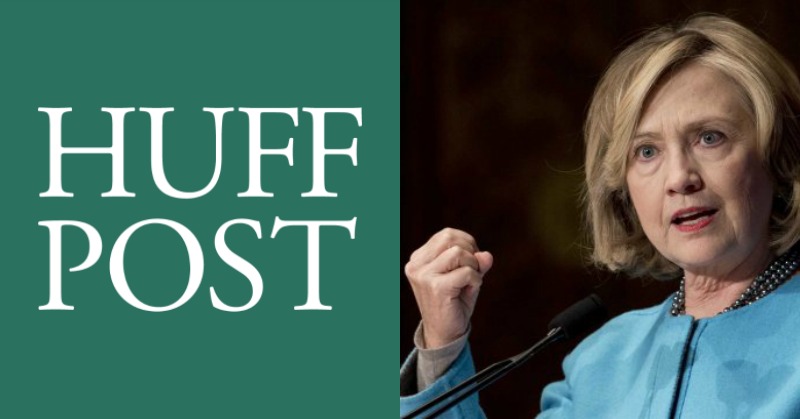 There, liberal constitutional lawyer and author Bruce Fein wrote a blog titled “A Vote For Hillary Clinton Is A Vote For Wars Against Russia, China, Others” that heavily criticized Clinton’s foreign policy positions.

Fein’s piece was mostly a blithering, slightly incoherent, whine session about anyone, namely Clinton in this case, having the gall to state the obvious; that America is the leader of the free world.

But despite the whiny liberal overtone of Fein’s blog that did the typical left-wing dance of diminishing America’s accomplishments, and easily deduced status as the greatest country on the face of the earth, the more important fact is that the Huffington Post actually ran a scathing critique of the candidate.

Not only was it a scathing critique, it was a critique that has been boiling and bubbling for quite a while, but seemed to be put on the back burner once Clinton was anointed he Democrat nominee for president — after leaked Democrat National Committee emails proved it was rigged in her favor.

As a light at the end of an otherwise-incoherent tunnel, Fein actually analyzed Clinton’s own record — something that liberals refuse to do because it outs her as corrupt and scandal-ridden, in addition to being a terrible candidate, even by Democrat standards.

Fein points to Clinton’s support of American military involvement in Afghanistan, Iraq, Yemen, Somalia, Libya and the fight against terror — particularly Al-Qaeda and the Islamic State Group, as examples of what he, and likely many other liberals if they are held to their own statements, find distasteful.

Fein then moves to Clinton’s policies in Ukraine and Russia, then her policies throughout Asia — specifically China and Japan.

Despite Fein’s distaste of American exceptionalism and an American-interests-first policy (which Clinton does not espouse, rather she chooses a decidedly globalist policy), his article thoroughly made the case for GOP presidential nominee Donald Trump — and not just via his negative stance toward Clinton’s policies.

Trump has regularly explained that the United States should no longer be the policemen of the world — a major topic where Fein takes issue with Clinton.

After you wade through Fein’s hatred of the United States and inability to even acknowledge its many virtues, it’s clear that not only is his post groundbreaking in that it is a scathing critique posted in the far-left Huffington Post, it’s also a case in point, however roundabout, why liberals that dislike Clinton’s foreign policy should cast their votes for Trump.

If Fein and liberals like him don’t like Clinton’s hawkish, globalist policies, then they should look to Trump and consider the stabilizing effects of protecting American sovereignty and interests.