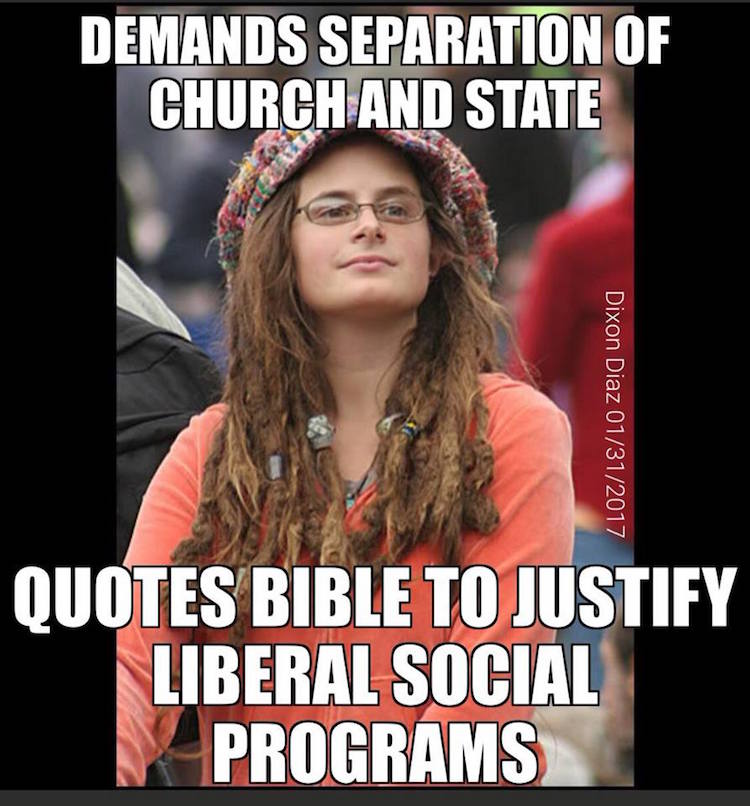 Robert Gehl writes that Bernie Sanders has gone completely off the rails.

In a bizarre exchange between the Vermont Senator and Russel Vought, President Donald Trump’s nominee to be Deputy Director of the White House Office of Management and Budget, Sanders attacked the man – a devout Christian – for his commonly held belief that if you don’t accept Jesus Christ, you’re not going to make it into heaven.

Don’t believe me? Just watch this exchange … fast forward to 44:20:

Sanders: Let me get to this issue that has bothered me and bothered many other people. And that is in the piece that I referred to that you wrote for the publication called Resurgent. You wrote, “Muslims do not simply have a deficient theology. They do not know God because they have rejected Jesus Christ, His Son, and they stand condemned.” Do you believe that that statement is Islamophobic?

Vought: Absolutely not, Senator. I’m a Christian, and I believe in a Christian set of principles based on my faith. That post, as I stated in the questionnaire to this committee, was to defend my alma mater, Wheaton College, a Christian school that has a statement of faith that includes the centrality of Jesus Christ for salvation, and . . .

Sanders: I apologize. Forgive me, we just don’t have a lot of time. Do you believe people in the Muslim religion stand condemned? Is that your view?

Vought: Again, Senator, I’m a Christian, and I wrote that piece in accordance with the statement of faith at Wheaton College

Sanders: I understand that. I don’t know how many Muslims there are in America. Maybe a couple million. Are you suggesting that all those people stand condemned? What about Jews? Do they stand condemned too?

Sanders: You think your statement that you put into that publication, they do not know God because they rejected Jesus Christ, His Son, and they stand condemned, do you think that’s respectful of other religions?

Vought: Senator, I wrote a post based on being a Christian and attending a Christian school that has a statement of faith that speaks clearly in regard to the centrality of Jesus Christ in salvation.

Sanders: I would simply say, Mr. Chairman, that this nominee is really not someone who this country is supposed to be about.

Not only is this insane, but it is in direct violation of the Constitution. In Article VI, it prohibits a religious test to serve in public office. There is nothing extreme at all about his beliefs. If they are, then Christianity itself is extreme.

As National Review points out, it got worse.

Senator Chris Van Hollen of Maryland doubled down, attacking the same expression of belief all while absurdly stating that “no one” is questioning Vought’s faith. Leading media outlets need to immediately ask Senator Sanders and Senator Van Hollen if they believe that orthodox, traditional Christians aren’t fit for public office. If there was any evidence at all that Vought had ever violated the legal rights of Muslims, that would certainly be relevant to his confirmation. His Christian faith is not.

What is wrong with the Left?