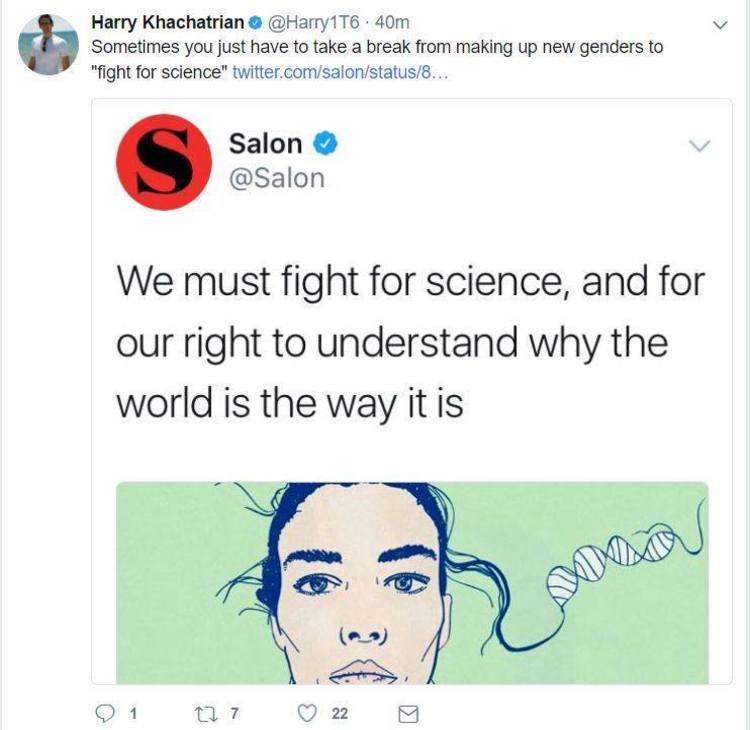 In a vote of 67-11, the Canadian Senate passed Bill C-16 which made “it illegal to use the wrong gender pronouns”. Those who apply the wrong pronoun in speech might “be accused of hate crimes, jailed, fined, and made to take anti-bias training.”

The bill now only needs royal assent from the House of Commons to pass into law.

“Proud that Bill C-16 has passed in the Senate,” said Jody Wilson-Raybould, the country’s attorney general and minister of justice. “All Canadians should feel #FreeToBeMe.”

There are many, however, who are critical of the bill. Take University of Toronto professor Jordan Peterson. He insists this bill infringes “upon citizens’ freedom of speech and institutes what he views as dubious gender ideology into law.”

He told the Canadian Senate, “[Ideologues are] using unsuspecting and sometimes complicit members of the so-called transgender community to push their ideological vanguard forward,” said the professor to the Senate in May. “The very idea that calling someone a term that they didn’t choose causes them such irreparable harm that legal remedies should be sought [is] an indication of just how deeply the culture of victimization has sunk into our society.”

He calls this bill, “social engineering to the nth degree,” and I agree–it’s terrifying.

How can one criminalize another person’s language?

You accidentally use the word he because “SHE” looks like and physically, biologically IS a man?

Are there going to be language laws passed to criminalize those who mistake women for being pregnant? Then they can be charged not with gender or race discrimination and hate crime but because of their cacomorphobia. Or should be just call it fattist?

Or what about husbands who forget anniversaries and it offends their wife? Anniversists.

Personally, I think the worst hate crime is to the English language when people don’t use the appropriate there/their/they’re. Can we make THAT part of the law?

It does offend me deeply.