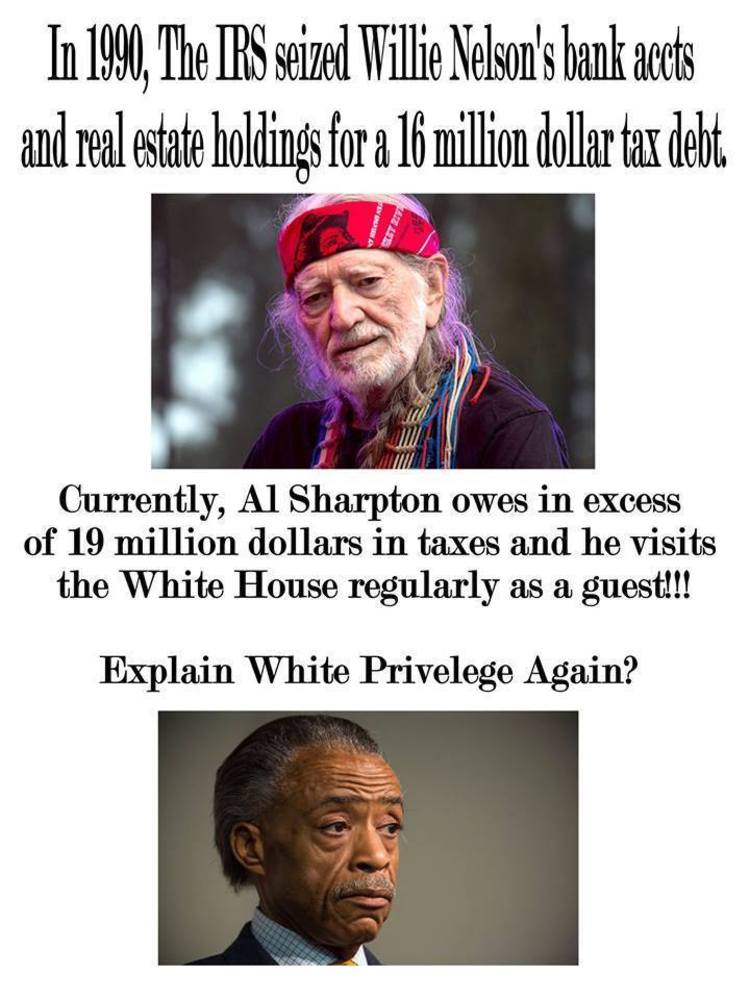 The progressive left never lets a good crisis go to waste, nor do they allow a good agenda not to be pushed. Even if they need to be creative in concocting a message, they will do it.

The concept of “white privilege” is one of the most creative schemes they’ve ever dreamed up and pulled out of their bag of tricks in an effort to divide the races.

The definition of white privilege varies depending upon who is defining it or the purpose for which they are using it. However, for the sake of argument, white privilege “is a term for societal privileges that benefit white people beyond what is commonly experienced by non-white people under the same social, political, or economic circumstances. These privileges are unearned and are distributed based on values of the dominant group.” It is terminology the progressive left recently created as a tool to brand whites as a scapegoat for many of the problems of non-white races. It is also a way to attempt to condemn white people because of the color of their skin under the guise of “bringing about awareness only” of the unearned advantages of being white. Finally, it is an effort by the progressive left to shame and punish a race for the sins of their ancestors who owned slaves and participated in Jim Crow laws, while denying this is their intent. All the while, their plan causes further dissension between whites and non-whites.

The progressive agenda is typically calculated to bring about a divide in the human race in some way or another, and this time is no exception. The claim of white privilege is meritless – and because those who use it seek to hold one particular race responsible for the problems of all other races, it is a racist concept. However, because it is leveled against white people and not non-whites, it is not considered politically incorrect or racist to do so.

It might surprise you to know the theory of white privilege, if you can call it a legitimate theory, started out being solely about men and their perceived privilege. It had nothing to do with the struggles of non-whites due to their lack of privilege. Peggy McIntosh, a feminist who is touted as the originator of the white-skin privilege concept in the late 1980s, came up with the term “unacknowledged male privilege,” or the unearned advantages men have in society by virtue of being born male. She believed there was also a “white privilege” analogous to male privilege, and so the terminology of white privilege was born. McIntosh manufactured a crisis about males to prove they garnered favor over females but then expanded the concept to include white males and later evolved the concept to include all whites as the root of all unearned privilege.

What is interesting is what McIntosh had to say about white privilege in a 2014 interview. “But what I believe is that everybody has a combination of unearned advantage and unearned disadvantage in life. Whiteness is just one of the many variables that one can look at, starting with, for example, one’s place in the birth order, or your body type, or your athletic abilities, or your relationship to written and spoken words, or your parents’ places of origin, or your parents’ relationship to education and to English, or what is projected onto your religious or ethnic background. We’re all put ahead and behind by the circumstances of our birth. We all have a combination of both. And it changes minute by minute, depending on where we are, who we’re seeing, or what we’re required to do,” said McIntosh.

It should be noted McIntosh admitted “everybody has a combination of unearned advantages and unearned disadvantages in life.” So why declare that one specific group has a privilege over another group when clearly, by her own admission, everyone has these same advantages and disadvantages at any given time? What her statement implies is that practically anything could be considered a privilege of one person over another because of that person’s birth order, height, weight, gender, driving abilities, athletic abilities, race, gender, or any other factor you wish to discuss. We are all different and all are born with specific abilities that are innate, some that are developed and some we never cultivate because of mental illness, physical abuse, medical issues, lack of interest or myriad other reasons.

What do you say we stop listening to the progressive left and their trumped up accusations and get back to reality?