Ryan J. Reilly is a D.C.-based reporter who covers the Justice Department and the Supreme Court for the Huffington Post. 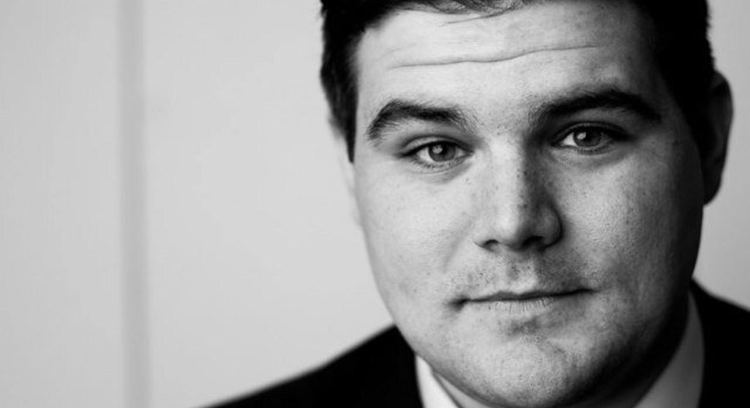 Reilly took to the streets of Ferguson early Sunday morning to report on the conditions of the city after the first midnight curfew was imposed by Gov. Jay Nixon (D). Apparently he has limited knowledge of firearms and police tactics.

Stumbling across what he thought was a “rubber bullet,” he posted a picture on Twitter in order to get clarification from his followers: 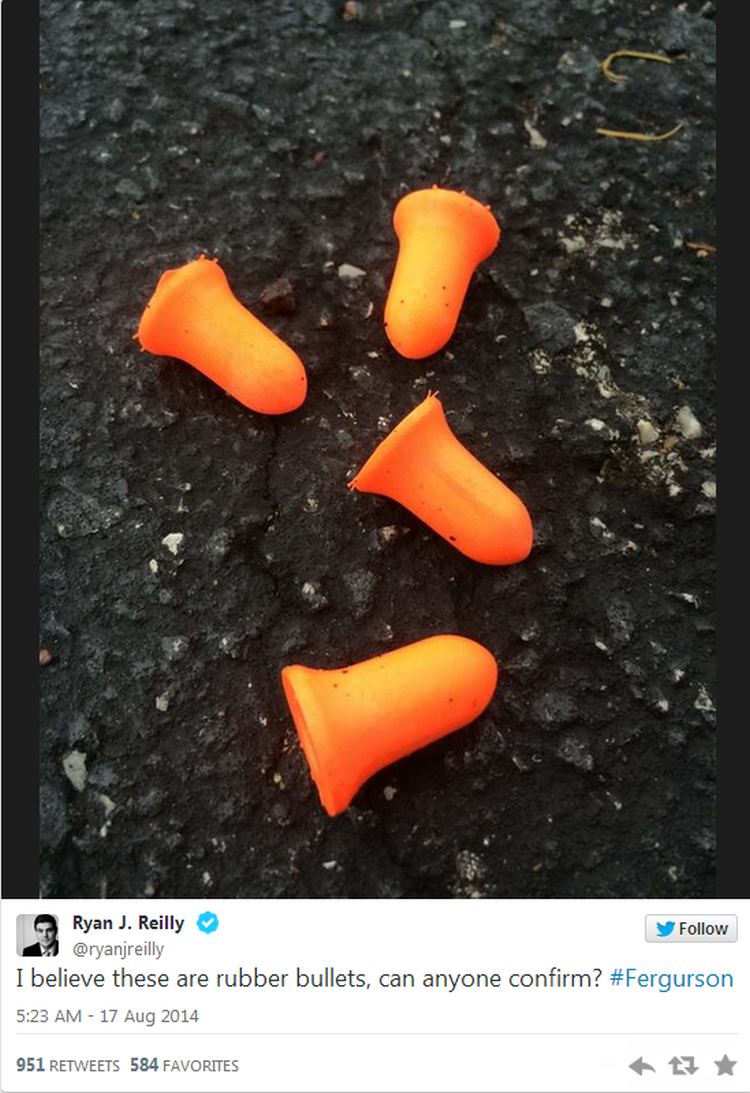 Reaction was swift and brutal: 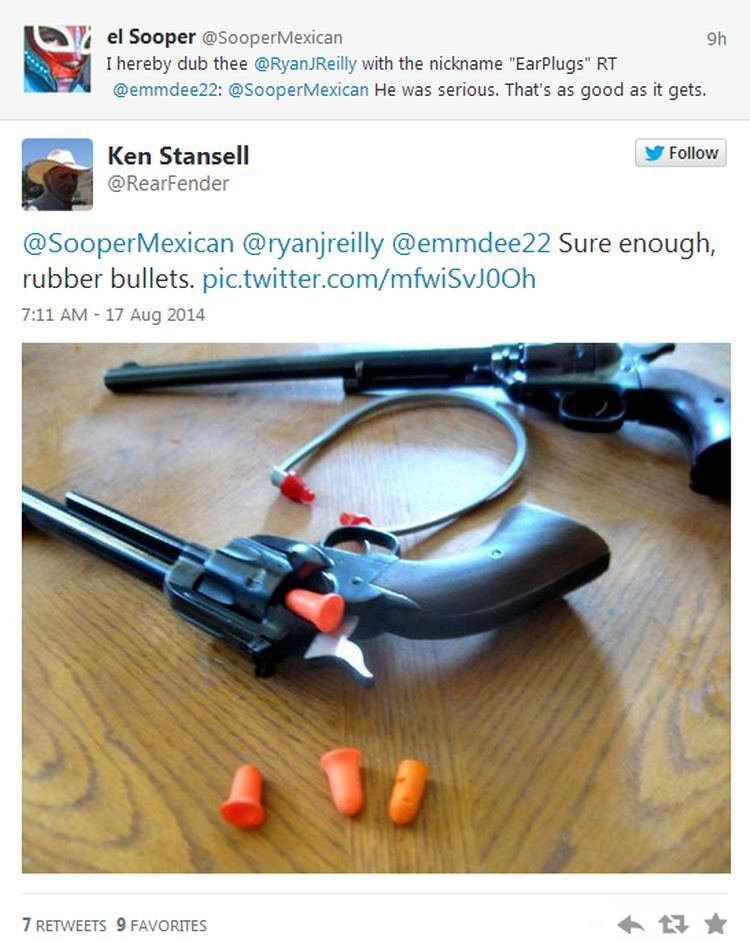