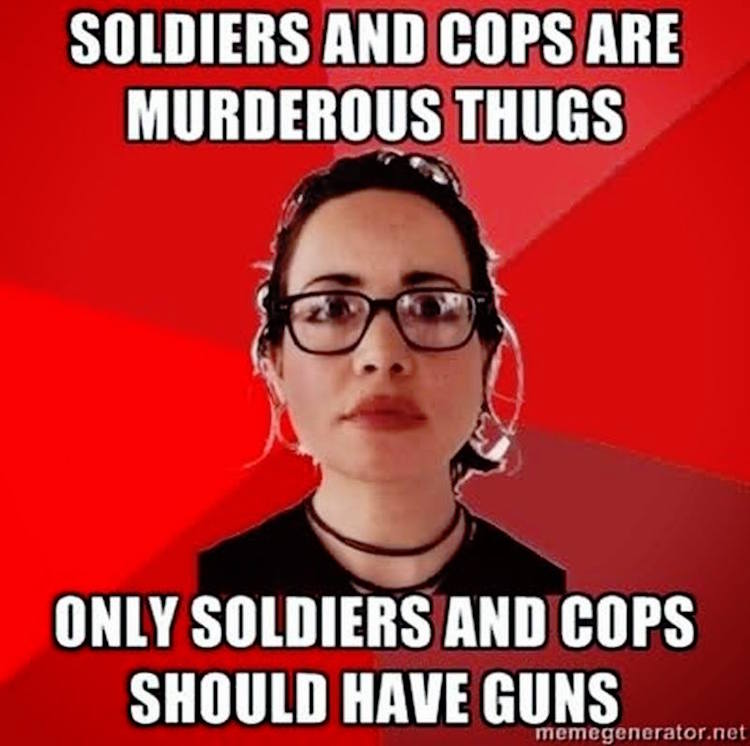 Kimberly Morin reports that Seattle is going to be number one in ‘cities that do stupid things’ before you know it. They seem to be pushing hard for the 1st place trophy.

Last year the left-wing extremists of the Seattle City Council decided to pass a huge tax on firearms sold within the city limits in order to study and decrease ‘gun violence.’

It gets better though. Not only did these tools tax firearms – that are used more for self-defense than anything else – actual violence in their city INCREASED. Fox News reports:

Seattle City Councilman Tim Burgess introduced the tax in 2015. It puts a $25 tax on every firearm sold in the city and up to 5 cents per round of ammunition. The measure easily passed and took effect January 1, 2016. Comparing the first five months of 2017 with the same period before the gun tax went into effect, reports of shots fired are up 26 percent, the number of people injured in shootings climbed 37 percent and gun deaths doubled, according to crime statistics from the Seattle Police Department.

In selling his gun tax to the public, Burgess predicted it would generate between $300,000 and $500,000 annually. The money would be used to study the root causes of gun violence in hopes of reducing the costs to taxpayers.

So, the Seattle City Council, in all of their left-wing wisdom, actually thought taxing firearms and ammunition would somehow reduce gun violence AND pay over half a million dollars to study it.

Clearly these people make policy based on emotions and not actual facts. During the Obama Administration, despite the lies of the left, the CDC was given over $10 million to study gun violence.

Why haven’t many heard about it? Because the left and anti-gunners continually lie that it exists and because the study didn’t actually provide the results they wanted. As Guns and Ammo noted:

Maybe the Seattle City Council should have read this very expensive report before creating a new ridiculous tax on their citizens that has only hurt businesses, killed jobs and has done absolutely nothing to decrease gun violence.

That would have been the smart thing to do but no one has ever accused them of being smart.