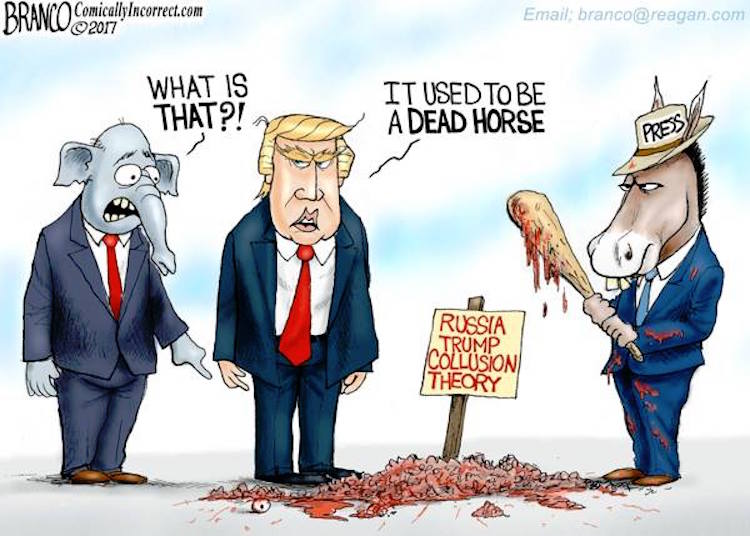 Kimberly Morin writes that all the left-wing manufactured outrage over any involvement Trump’s team or himself may have had with Russia gets more hysterical by the day.

It’s interesting that these same leftists who incessantly babble about Russia didn’t mutter a word about Hillary Clinton’s involvement with a uranium deal and Russia with The Clinton Foundation while she was Secretary of State, isn’t it?

Facts. It appears that U.S. Congresswoman Maxine Waters (D-CA) has her own link to the Kremlin she keeps vilifying. She has over $200,000 invested in a fund that has millions invested in Russia. Waters is actually earning money off of investments in the evil empire she keeps tweeting about. From GotNews:

According to GotNews, SEC filings for both of these funds maintain they may invest some of the money into Russian companies. And indeed, they do:

A Sept. 2015 BlackRock Balanced SEC filing reveals her fund’s $2.8 million in obligations to the Russian Federation.

Waters is obsessed with the ‘Kremlin’:

The #TrumpRussia story doesn't end w/ Flynn. As I've maintained, we need to keep focus on Page, Manafort, & the rest of the #KremlinKlan

Apparently lining her pockets with money from the ‘Kremlin’ is just fine and dandy though. These loons are still trying to blame Hillary Clinton’s loss on some hysterical fantasy that Trump colluded with Russia to help Clinton lose.