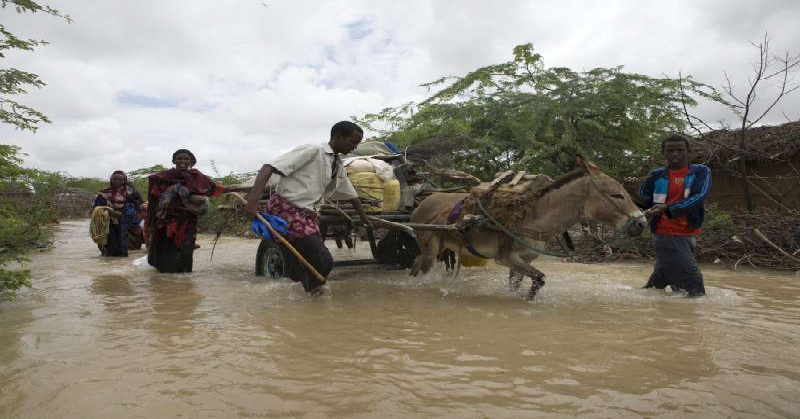 We see the refugee crisis and issues surrounding climate change in the news daily, so maybe it’s convenient that liberals are now condensing the two issues into one.

The New York Times has declared the first American climate refugees. The article, published on May 2, tells the story of families living in southeastern Louisiana on the Isle de Jean Charles who will have to relocate (apparently due to man-made climate change).

The article begins by warning that, “Around the globe, governments are confronting the reality that as human-caused climate change warms the planet, rising sea levels, stronger storms, increased flooding, harsher droughts and dwindling freshwater supplies could drive the world’s most vulnerable people from their homes.”

But of course, there are a number of issues with the claim. As Loris continues:

For starters, the Intergovernmental Panel on Climate Change, the main body in which global warming regulators rely on for their science, dispels the notion that hurricanes are becoming more frequent.

The panel found evidence for increases, decreases, and no trend at all in flood activity or severity.

So that’s bunk. But instead of just looking at the US today, let’s look globally.

In that case, there’s a chart from the Cato Institute that the alarmists don’t want you to see: Here are a couple of striking numbers from the data: in the decade from 2004 to 2013, worldwide climate-related deaths (including droughts, floods, extreme temperatures, wildfires, and storms) plummeted to a level 88.6 percent below that of the peak decade, 1930 to 1939. The year 2013, with 29,404 reported deaths, had 99.4 percent fewer climate-related deaths than the historic record year of 1932, which had 5,073,283 reported deaths for the same category.

If there were ever any climate refugees, they weren’t part of this century.