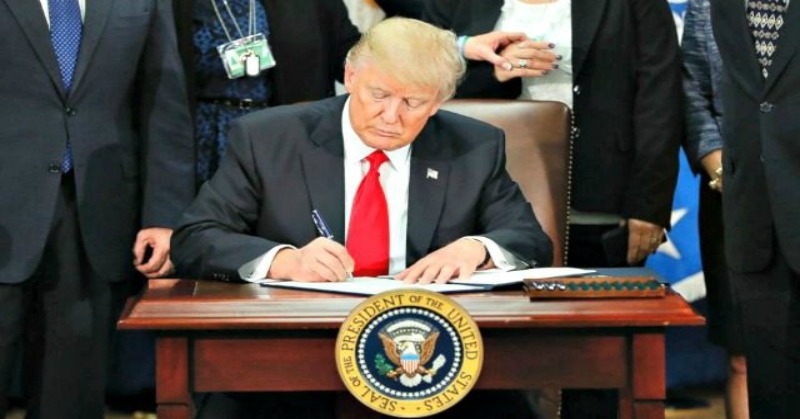 On Monday President Donald Trump plans to unveil his revamped “travel ban,” and it is sure to throw liberals into an epic temper tantrum.

Sources with inside knowledge of the President’s decisions told Breitbart of Trump’s plans, including a new immigration order that will allegedly “move Iraq into a new category,” though it is not known exactly what the category is to be.

Trump’s first executive order on the topic – inaccurately labeled the “Muslim ban” – was met with serious backlash from liberals who protested in airports and called the order “racist,” “xenophobic,” and “islamophobic.”

Since the first order, Attorney General Jeff Sessions and Homeland Security Secretary John Kelly have been confirmed. It is alleged that they were consulted in the creation of this nee EO, which could make it more efficient.

On Feb. 23rd, WH Press Secretary Sean Spicer revealed that it was being “finalized.”

“What we are doing is now in the implementation phase of working with the respective departments and agencies to make sure that when we execute this, it’s done in a manner that’s flawless.”

Critics said that the roll-out of the first immigration EO was sloppy and left a lot to be desired in the way of efficiency, citing people being held in airports despite being legally able to enter the United States.

Hopefully these concerns were addressed and those particular parts were amended. According to Spicer, Trump also took into account the opinions of courts who declared the order unconstitutional.

“We’ve taken the Court’s opinions and concerns into consideration, but the order is finalized. It’s now awaiting implementation. What we want to do is make sure that we’re working through the departments and agencies so that any concerns or questions are handled on the front end. But we are acting with appropriate haste and diligence to make sure that the order is done in an appropriate manner.”

America’s security is one of the foremost concerns of the Trump administration, so it’s no surprise that he is taking another crack at implementing additional screenings for terror-affiliated countries. Let’s hope this goes over better than the first one.