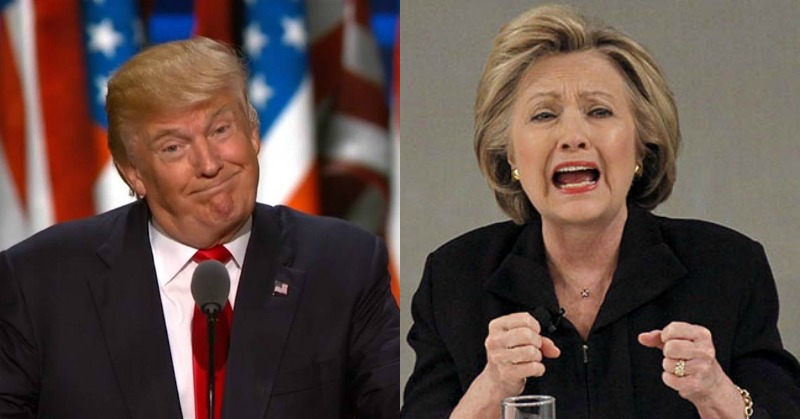 At the third and final presidential debate on Wednesday night, Donald Trump said that he would decide at the time whether or not he would concede the results of the election. The mainstream media jumped on Trump’s commonsense answer, but history proves them to be hypocrites once again.

In the 2000 presidential election between Al Gore and George W. Bush, Gore and the left asserted that Bush stole the election. Gore refused to concede the election, saying:

The effort that I have underway is simply to make sure that all of the votes are counted, and when the issues that are now being considered in the Florida Supreme Court are decided, that will be an important point. But I don’t want to speculate what the court will do.

Gore also said, “I am very troubled by a lot of the stories that have been reported,” in reference to his belief that blacks were being discouraged from voting.” He added, “Whenever you have allegations of those kind, that is a matter the entire country ought to take seriously.”

During a speech in Nigeria on Aug. 12, 2009, Clinton was still complaining about the results of the 2000 election and even claimed that former Gov. Jeb Bush of Florida had something to do with fraud that was never proven after rigorous investigations. Sounds like quite the conspiracy theory; perhaps a vast left wing conspiracy…

“Now, our democracy is still evolving,” Clinton said. “We had all kinds of problems in some of our past elections, as you might remember. In 2000, our presidential election came down to one state where the brother of the man running for president was the governor of the state, so I mean, we have our problems too. But we have been moving to try to remedy those problems as we see them.”

We have proof of how bad voter fraud has gotten and we know, thanks to WikiLeaks and Project Veritas, the lengths to which the left has gone to rig elections. Trump’s answer was an intelligent and legitimate response.

It would be absolutely absurd for Trump to sound the alarm about voter fraud and rigged elections but then turn around and say, “meh, I’ll just roll over and accept it.”

Establishment Republican globalists — because globalists are one in the same and just use the two-party system to obfuscate from the fact that they’re all in on it — have rolled over and taken it for too long. That’s part of the problem.

If Trump and others believe that we have a serious problem with voter fraud and rigged elections — which we do — then there’s no way he should close the door on the possibility of fighting back once the election is over.

Before everyone starts clutching their pearls, he’s clearly talking about using legal means to fight back, just like Gore did in 2000. That’s what you should do if you suspect fraud. You shouldn’t just roll over and take it.

Republicans have rolled over and taken it for years and given away our country in the process. If we don’t fight now, especially if Clinton wins and it can be proven that fraud put her there, that will give our country away for good.