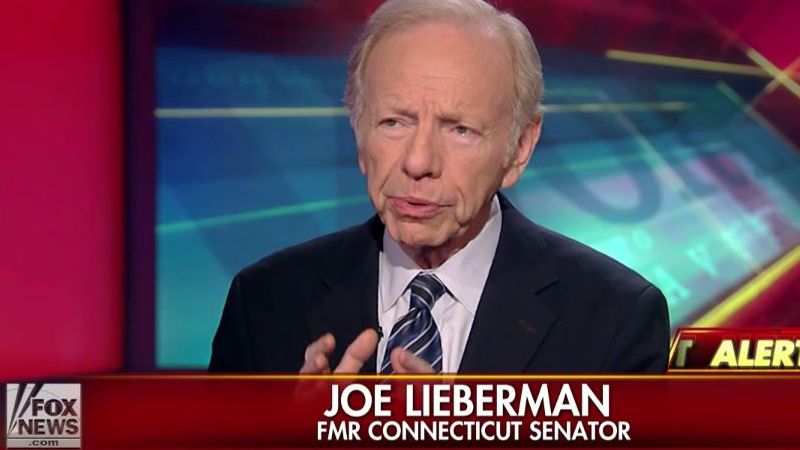 Former Connecticut Senator Joe Lieberman had sharp words for his fellow Democrats yesterday. He has come out strongly against President Obama’s Iran deal, stating that Democrats are putting their party and the president before the nation.

“I voted for a lot of treaties in my 24 years in the Senate. I don’t think any was as consequential to the security of the American people as this agreement with Iran,” Lieberman said yesterday on Fox’s Your World with Neil Cavuto.

“And anybody who votes for this will have to live with the consequences of it for a long time to come. And so will the rest of us.”

Lieberman, a longtime Democrat, is no stranger to bucking his party. He served his last term in the Senate as an independent, winning a three-way race after his own party ousted him in a primary.

Lieberman reminded viewers that the Iran sanctions were passed as part of a bipartisan effort.

“I don’t understand it because to me this is a bad deal, bad for American security,” Lieberman said. “I was there when we adopted the economic sanctions against Iran [by] overwhelming bipartisan majorities. The whole intention was come to a negotiation, not a war.”

Lieberman went on to lament his party’s position on the Iran deal and harkened back to the days of John Kennedy when the party stood for the principles of liberty.

“This is probably the most significant diplomatic agreement to come before Congress since the end of the Cold War, and to see it split on party lines and to see Democrats, only two Democrats so far out of 46 in the Senate who said they oppose this,” he said.

“Take me back to the days of President Kennedy when America should support any friend and oppose any foe to guarantee the survival and success of liberty.”

Lieberman also spoke at a rally outside the office of New York Senator Kirsten Gillibrand, where he urged her to follow Senator Chuck Schumer’s lead—Schumer being one of only two Democrats opposed to the deal.

The former senator made it clear that he believes the party is acting out of partisanship and not regard for national security.