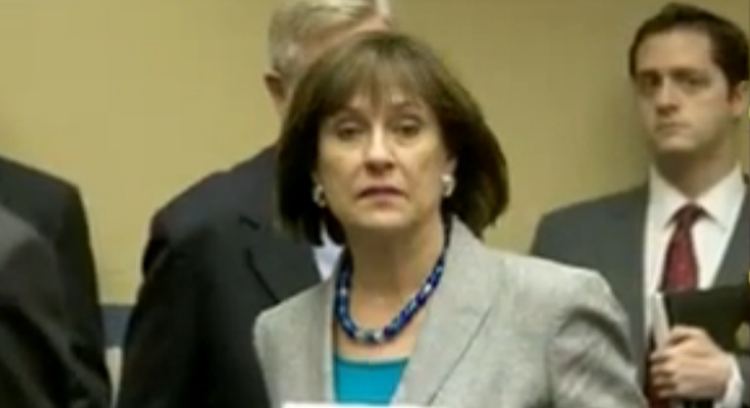 How can there not be “a smidgen of corruption” in the IRS targeting of conservatives scandal if Lois Lerner fears that testifying could cost her life, or the life of family members?

Lois Lerner fears for her life if she testifies openly before the House Oversight and Government Reform Committee Wednesday, according to her attorney.

House oversight committee chairman Rep. Darrell Issa announced Sunday that Lerner will testify at Wednesday’s hearing, but Lerner’s attorney Bill Taylor said that Lerner will seek to continue invoking her Fifth Amendment rights and will also seek a one-week delay of her testimony.

Oversight members are reportedly open to granting Lerner a one-week delay if she petitions for one in person at Wednesday’s hearing. The delay would allow Lerner’s lawyers to continue negotiating for immunity, which they have been doing since at least September.

“I advised the staff that calling Ms. Lerner knowing that she will assert her rights was not only improper but dangerous. Ms. Lerner has been the subject of numerous threats on her life and safety, and on the life and safety of her family. I left with the staff recent evidence of those threats,” said Taylor in a letter to Issa.