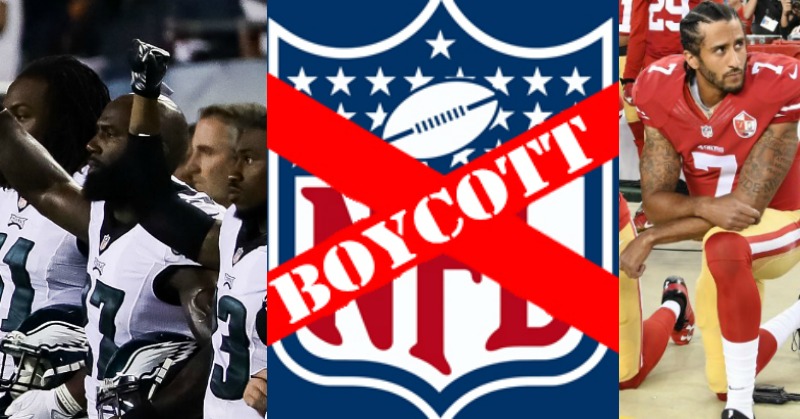 The NFL has seen their ratings drop significantly, and while the Left has tried feverishly to find other ways to explain away the phenomena, it’s pretty clear that many Americans have changed the channel after San Francisco 49ers backup quarterback Colin Kaepernick started his disrespectful protest of the national anthem that spread around the league.

A new Rasmussen poll finds that 32 percent of adults surveyed say that they have stopped watching NFL football because of the protests while only a scant 13 percent said they are more likely to tune in because of the anthem protests.

Drilling down into the results shows that more women than men are tired of the Black Lives Matter-like protests with 29 percent of men saying they are less likely to watch pro football compared to 38 percent of women, who intimated that they are uncomfortable with the protests.

The ratings for week three’s Sunday night marquee game between the Dallas Cowboys and Chicago Bears hit 12.9 in the Nielsen ratings — down from the previous Sunday night game’s mark of 13.7, which was also less than Sunday night week 1’s 13.9 according to Sports Business Daily.

SBD also noted that week three saw a big tumble — 18 percent — for all the midday regional games from the numbers seen during the same week last year.

Monday Night Football has fared even worse this year with the Atlanta Falcons and New Orleans Saints game measuring just 5.7 in the ratings — down 38 percent from the same week the previous year. In all fairness, it was up against the first presidential debate, which likely had an impact.

While Kaepernick has become the darling of the Left, that’s not how much of America sees him. According to an E-Poll survey, Kaepernick is the most disliked player in the NFL and, although polls aren’t always the most accurate, this one seems pretty likely to be true.

The backup quarterback doubled down on his racist whining lately when he criticized GOP nominee Donald Trump. “He always says, ‘Make America great again,'” Kaepernick said. “Well, America has never been great for people of color and that’s something that needs to be addressed. Let’s make America great for the first time.”

Kaepernick has said some ridiculous and offensive things, but this takes the cake. On America’s worst day, it is still the greatest country on the face of the earth — and that goes for all Americans.

If Kaepernick is unsure about that, perhaps he should take some time off from the NFL and educate himself about what the rest of the world is like — particularly for people who find themselves in the minority in certain countries. Just ask Christians in the Middle East what that’s like for them…

It’s not like Kaepernick has anything better to do — being a pawn for Left-wing big money and their radical globalist agenda doesn’t take much time or brain power, and after his petulant display during the anthem, he rides the bench.

Seems like a good time to open a book. 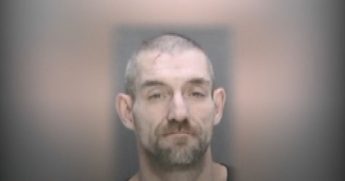