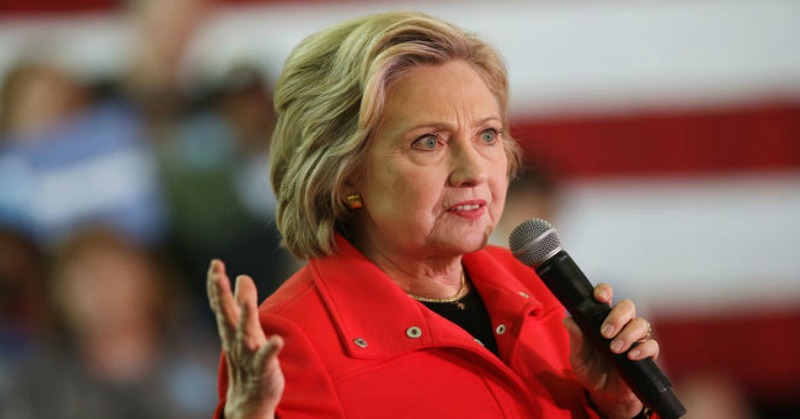 FBI Director James Comey announced last Friday that the Bureau is re-opening the Clinton email investigation due to new information discovered during a separate investigation of another despicable Democrat, Anthony Weiner.

Apparently, the FBI discovered more potential related emails in regards to their original investigation of Hillary Clinton. But that’s not all!

The FBI is currently investigating The Clinton Foundation in multiple states, as well. You read that correctly, Hillary Clinton’s foundation is indeed under investigation by the FBI across multiple offices.

As reported by The Daily Caller:

“Los Angeles agents had picked up information about the Clinton Foundation from an unrelated public corruption case and had issued some subpoenas for bank records related to the foundation” and described the unusual field office initiative as “at times a sprawling cross-country effort,” WSJ reports.

Also likely to raise new questions about the Obama administration’s political interference in the case was the WSJ’s revelation that Department of Justice (DOJ) officials repeatedly tried to shut down FBI field investigations.

Hillary Clinton is the most corrupt politician in United States history. She is also the first Presidential candidate in history to be under active FBI investigations while running for President.

How in the hell can anyone possibly vote for a candidate that has such an insane history of criminal corruption? It’s not like Clinton has redeemed herself and suddenly flipped a new leaf before running for the highest office in the country, it’s that she’s just now getting caught.

Of course, the Obama Administration wants no part of actual justice and has continued to push back on the FBI investigations. It was Obama’s Department of Justice that refused to prosecute Clinton for her obvious violation of federal law and classified information while Secretary of State. Others have gone to prison for far less egregious violations.

Imagine the most corrupt politician in U.S. history at the helm of the most powerful country in the world. Of course, Hillary Clinton thinks laws are only for the little people.

The United States may become a ‘banana republic’ after all.