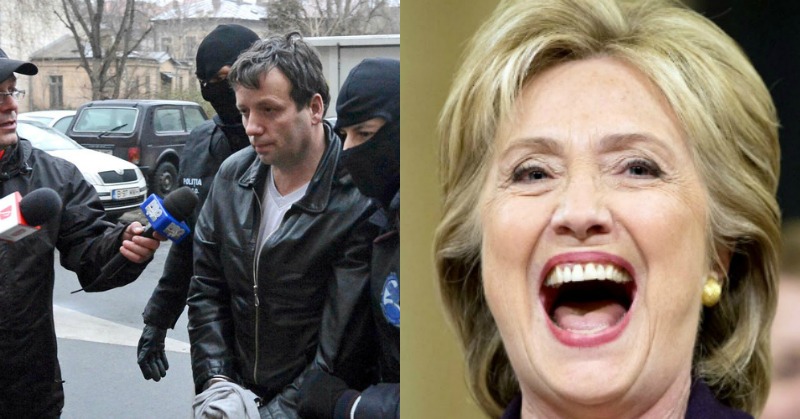 The FBI refused to recommend that Democrat presidential nominee Hillary Clinton be indicted for her use of a private basement server to conduct official business as secretary of state, yet a hacker that helped expose Clinton’s reckless use of an unsecured server is set to do time behind bars.

The Hill reported that the hacker known as Guccifer, whose real name is Marcel Lehel Lazar, was sentenced in a Virginia federal court to 52 months in prison on Thursday for hacking the emails of several high-profile individuals.

In May, Lazar plead guilty to hacking high-profile individuals in the political world as well as celebrities. The Hill Reported:

Lazar is not to be confused with “Guccifer 2.0,” the hacker or hackers who have leaked documents and emails from the Democratic National Committee and Democratic Congressional Campaign Committee.”

Lazar, a Romanian national, claimed that he hacked the private basement server Clinton used while secretary of state, but the FBI said that never happened — and also claimed that Lazar eventually admitted he didn’t.

While hacking is of course a serious crime, so is being “extremely careless” with classified information, as FBI Director James Comey admitted Clinton was.

Guccifer’s 52-month prison sentence is likely to reignite the public’s anger over the double standard that applies to Clinton.

Guccifer may not have hacked Clinton’s private server that she used while secretary of state, but as Comey also noted, it’s unclear whether or not foreign entities had access to it — and if they did, they’d likely leave no trace.

Clinton put American national security at risk and she gets off scot-free. Luckily there are organizations like the conservative watchdog group Judicial Watch that are using Freedom of Information Act lawsuits to at least attempt to hold her accountable.

If the legal system won’t hold her accountable, the ballot box in November is a way to stop her from gaining the position she so desperately wants and would be so extremely dangerous for the country if allowed anywhere near.