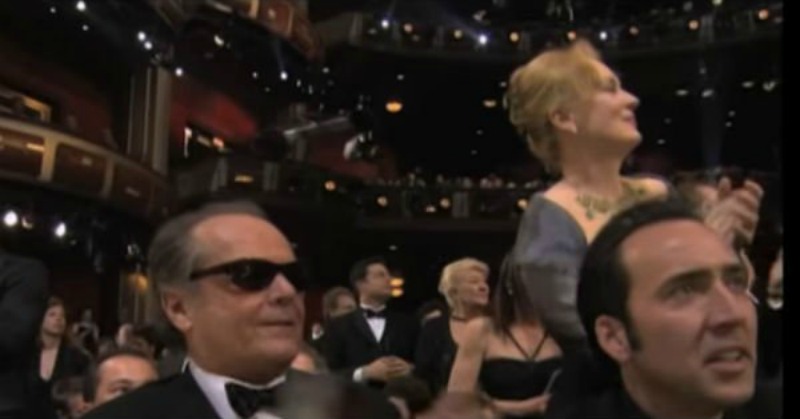 Meryl Streep’s pathetic, elitist, hypocritical speech at the Golden Globes last night has an even more disturbing layer to it. As she used her platform to bash President-elect Donald Trump and millions of Americans, a flashback to Streep’s enthusiastic support of convicted child rapist Roman Polanski back in 2003 has surfaced.

Since we’re talking about Meryl Streep and her use of the Golden Globes to bash President-elect Donald Trump, here’s a reminder that there’s a reason conservatives hate Hollywood. Fast-forward to the 1:10 mark in the clip below to see Streep (and lots of other top names in Hollywood) giving convicted rapist Roman Polanski a standing ovation when he won the Academy Award for Best Director for “The Pianist” in 2003.

The director fled the United States in 1978 to avoid prosecution for the rape of a 13-year-old girl. Polanski finally admitted his guilt in 2011. 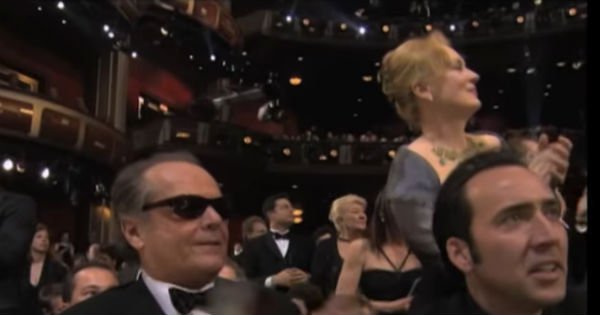 This is beyond just Hollywood hypocrisy — it’s downright disgusting.

Streep used her bully pulpit to breathlessly criticize Donald Trump for allegedly making fun of a disabled New York Times reporter — which, if she bothered to do even an iota of research, she’d know that he didn’t actually do.

But even if Trump did make an offensive joke, it’s frightening to think that someone finds a rude joke worse than child rape.

It’s disgusting that Streep thought it was perfectly fine to applaud a child rapist because a bunch of Hollywood elites think he directs movies well, but is aghast by something that Trump didn’t actually do …

This level of hypocrisy is why millions of Americans can’t stand Hollywood elitists — and, interestingly enough, a major theme in why Trump was elected.

Americans are fed up with leftist elitism and the dark direction it has taken our country. Streep is so out of touch and blinded by elitism — and perhaps something more sinister, given her blind eye to the actions of Polanski and Hollywood’s myriad of sins — that she also took a swipe at millions of Americans not just in her attack of Trump, but on a more personal level as Fox News reported:

“So Hollywood is crawling with outsiders and foreigners,” Streep said as she accepted the Cecil B. DeMille Award. “And if we kick them all out you’ll have nothing to watch but football and mixed martial arts, which are not the arts.”

Oh no, whatever would we do without the “arts.” What would we do if we didn’t have a bunch of violent, sexually explicit filth to watch?

Why, what would we do if we had to turn away from the leftist indoctrination and assorted garbage spewed out of Hollywood these days?

The arts everyone, the arts! I must be able to watch multimillionaires read lines and look down on the millions of Americans that do the jobs that are truly essential, which allow Hollywood to have the luxury of doing jobs that are truly unnecessary. They provide a service, but unlike those who provide things like food, energy, medical care, etc., it is one that we could easily do without.

As Streep stood in front of America and provided a stunning example of pompous hypocrisy, she also provided the most important service of her entire career — laying bare for all of America the depths of evil and sickness that leftist hypocrisy goes to.