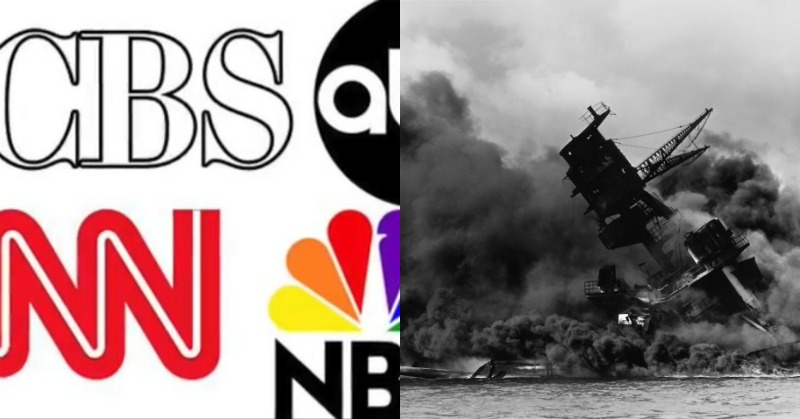 The mainstream media has complained vociferously about “fake news” despite the fact that they are the worst purveyors of it, and their coverage of Prime Minister Shinzo Abe’s visit to Pearl Harbor recently is a prime example of that.

The Wall Street Journal did a question-and-answer piece about President Obama’s visit to Pearl Harbor with Abe on Tuesday and discussed the mistaken coverage.

The first question asked whether or not Abe was in fact the first Japanese leader to visit Pearl Harbor since World War II, which WSJ explained was not the case as it appeared that three Japanese leaders had visited Pearl Harbor in the years following the bombing by Japanese planes in 1941.

According to WSJ, Abe was the first to visit Pearl Harbor with a U.S. president. Another first Abe took part in was a visit to the USS Arizona Memorial, built in 1962, that honors the American sailors and Marines that were killed in the attack by the Japanese.

The next question asked, “was there some confusion about that,” to which WSJ explained that Japanese officials mistakenly put forward Abe’s trip as a first for a sitting Japanese leader since WWII.

Not long after, media reports came to the fore from the 1950s which showed that, in fact, three Japanese prime ministers made visits to Pearl Harbor during that decade, including Prime ministers Shigeru Yoshida, Ichiro Hatoyama, and Nobusuke Kish, Abe’s grandfather.

WSJ reported about what the Japanese prime ministers did during their visits:

Mr. Yoshida made a stop in Hawaii in 1951 while en route from San Francisco to Tokyo. During his stay in Hawaii, he made a formal visit to the National Memorial Cemetery of the Pacific and made a stop at Pearl Harbor, according to Japanese newspaper Yomiuri Shimbun.

A bilingual Japanese-English newspaper, Hawaii Hochi, reported this month that Mr. Hatoyama and Mr. Kishi also visited in the 1950s.

Mr. Hatoyama visited Pearl Harbor on Oct. 29, 1956. He visited the naval headquarters there and was greeted with a 19-gun salute and a military band performed the U.S. and Japanese national anthems, according to Hawaii Hochi’s archives.

Mr. Abe’s grandfather, Nobusuke Kishi, visited Pearl Harbor on June 28, 1957, after he met with President Dwight Eisenhower in the U.S., according to Hawaii Hochi.

The newspaper said the visits were believed to be official because the U.S. military provided honor guards at both events.

Too bad the MSM doesn’t care that Obama shamefully visited Pearl Harbor with Abe, who did not apologize for the deadly attack that pushed the U.S. into WWII.

No matter who the first was, it was shameful, and as we reported here at TFPP, the Obama administration showed nothing but disrespect to the WWII veterans if they were understandably angry at this disturbing slap in the face to them and to all Americans.