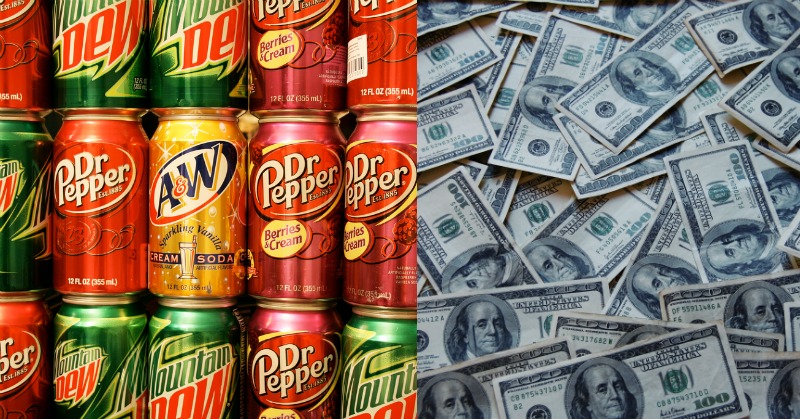 Philadelphia introduced a tax on sugary drinks such as soda and two inevitable things happened — businesses passed the cost onto consumers and purchases of the beverages went down. While the latter certainly was the hope of the left, the mayor claimed to be confused and outraged by the former.

As Daniel J. Mitchell wrote in his blog:

I don’t like tax increases, but I like having additional evidence that higher tax rates change behavior. So when my leftist friends “win” by imposing tax hikes, I try to make lemonade out of lemons by pointing out “supply-side” effects.

I’m hoping that if leftists see how tax hikes are “successful” in discouraging things that they think are bad (such as consumers buying sugary soda or foreigners buying property), then maybe they’ll realize it’s not such a good idea to tax – and therefore discourage – things that everyone presumably agrees are desirable (such as work, saving, investment, and entrepreneurship).

Though I sometimes worry that they actually do understand that taxes impact pro-growth behavior and simply don’t care.

But one thing that clearly is true is that they get very worried if tax increases threaten their political viability.

Philadelphia Mayor Jim Kenney fought hard to pass a new tax on soda and other sugary drinks. He won, and the 1.5-cents-per-ounce tax is now in place, affecting both merchants and consumers, because that’s how taxes work. Businesses pay the levies, and they offset the cost by charging higher prices. That is as basic as it gets. The only person who doesn’t seem to understand this is Kenney, who is now accusing business owners of extortion. “They’re gouging their own customers,” the mayor said […]

Philadelphians are obviously outraged by the skyrocketing cost of things as simple as a soda, which has prompted some businesses to post signs explaining why the drinks are now so damned expensive. Kenney said that this effort by businesses to explain the rising cost is “wrong” and “misleading.” The mayor apparently thought the city council could impose a major new tax on businesses, and that customers somehow wouldn’t be affected.

Some leftists are clearly painfully ignorant of the concept of economic cause and effect, but there are others that I believe are very much aware of the consequences their radical agenda brings.

Leftists at the helm of the movement are all about power and control. They want the government to have ultimate control over the people, and confiscating their money, making their life choices, and forcing them onto the government dole is how they get the control they desire.

These are the consequences they want. They boost taxes, anger the public, and then make business the boogeyman. That’s not to say that businesses are without fault — in many cases quite the contrary — but in this instance the government is to blame.

It’s a convenient scheme. Make business out to be the boogeyman, impose onerous taxes that cause strife, then swoop in as the white knight of sorts to protect the people from the mean old world.

The problem is that the entity the people need protection from here is the government.