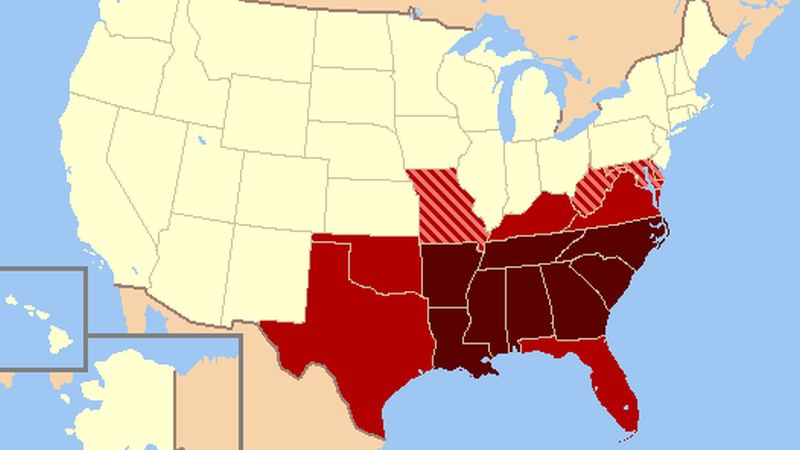 Look, folks, the South may be a bit backwards, I’m the first to admit. I lived in Texas for 2 years and saw first hand some things I roll my eyes at.

However, they also gave us Chick-fil-a, grits, great country music, and good old American pride. The notion that someone like Michael Lind of the Washington Post could actually suggest that that Southern Americans need to be ethnically cleansed just salts my sugar.

Here’s the thing, my fellow Americans. We like to claim that America is one big happy melting pot, and open the borders to all, but then actually have the chutzpah to discriminate against our own natural born citizens? Shame, shame, SHAME on you who think that is ok. The Gateway Pundit reports that Politico has it’s own demented twist on life as follows:

Politico bemoans conservative, religious white Southerners whom the magazine accuses of preventing the U.S. from being more like Britain, Canada and other liberal, English speaking democracies.

The article concludes with the hope that the South will be ethnically and culturally cleansed by immigrants from other countries and liberals relocating from other parts of the U.S.

“The United States would be much less exceptional in general, and in particular more like other English-speaking democracies such as Britain, Canada, Australia and New Zealand were it not for the effects on U.S. politics and culture of the American South.

“I don’t mean this in a good way. A lot of the traits that make the United States exceptional these days are undesirable, like higher violence and less social mobility. Many of these differences can be attributed largely to the South.”

…”Minus the South, the rest of the U.S. probably would be more like Canada or Australia or Britain or New Zealand—more secular, more socially liberal, more moderate in the tone of its politics and somewhat more generous in social policy. And it would not be as centralized as France or as social democratic as Sweden.”

Perhaps we should, instead, cleanse the blue areas of the map by providing a ‘safe zone’ for liberals, where no one works, everyone gets free healthcare and phones, and nothing offensive is anywhere.

Here’s the catch, though: you guys have to make it work without money from anyone else. That’s right, moochers, no tax subsidies for you. If you want the government to support you, go move to Belgium, or something.

The issue is NOT the South. The issue is a bunch of whiny, dissatisfied liberals that want to find something to fuss about. Like a toddler, they aren’t happy with really much of anything that isn’t candy or Disneyland.

News flash: Life is not candy and Disneyland.

That is not realistic for anyone to expect out of life. Meanwhile, the grownup conservatives try to help everyone get along, and get RACIST screamed at them when they do not want to pander to the liberal agenda.

As my granny would say, “You get what you get, and you don’t throw a fit” Liberals have thrown too many fits and been handed the proverbial candy bar so many times that it has just become an automatic reaction.

Also, just an FYI, you guys? This isn’t Nazi Germany, and we aren’t trying to condemn or exterminate anyone’s lifestyle or race. This is too much, too far. Time to hit the brakes and back this one up, buttercup.