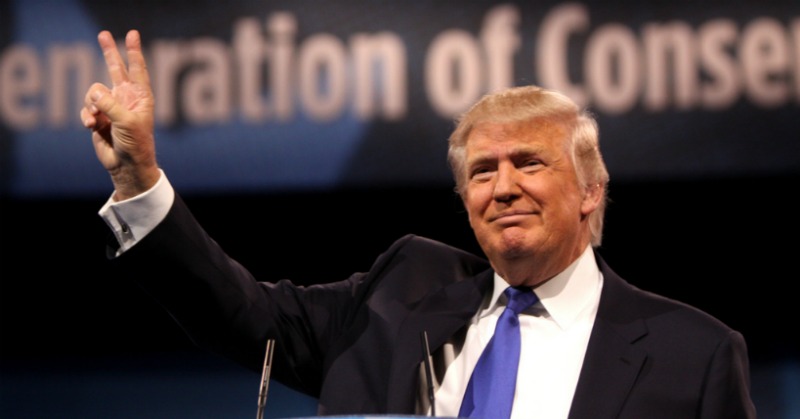 A newspaper in Central Florida just did something unprecedented: they apologized to their readers for the extremely biased coverage against GOP presidential nominee Donald Trump. You have to see it to believe it.

On Oct. 23, the Daily Commercial published an open letter to their readers titled “The media, the election and bias,” which responded to the criticism they’ve received from readers about their biased coverage. The paper noted that they use wire services for a significant portion of their election coverage, but that they could have done more to offset the bias.

“The Daily Commercial hasn’t done enough to mitigate the anti-Trump wave in the pages of this paper,” the letter stated. “You deserve a more balanced approach to the coverage of elections and other weighty issues.”

They did, however, offer some excuses for their coverage. They noted that, as a small paper, they have to focus on “the day in-day out happenings on the campaign trail,” and that Trump’s inability to stay on message — in their opinion — has made him “his own worst enemy” — essentially claiming that he was to blame for the biased coverage; at least in part.

According to the letter, there was a time when the media was fair to Trump, but that at some point “something changed,” and that the coverage became extremely biased:

Has the media been biased against Trump? Yes, we believe so, especially lately. Trump’s every utterance, no matter how innocuous, is now parsed, analyzed and criticized by a litany of political pundits. The wire services that the Daily Commercial subscribes to churn out stories almost daily that fact check Trump, which is warranted given his penchant for exaggeration and duplicity. Yet those same services turn out so few stories that fact check Clinton, who also has a strained relationship with the truth.

And while hundreds of stories have attempted to shed light on Trump’s feelings about women, minorities, his business dealings, his taxes and more, so little has been written about some of Clinton’s questionable decisions as secretary of state, her emails and the fact that she and Bill have somehow amassed incredible wealth during their political careers. That certainly deserves scrutiny.

Here’s the mea culpa: The Daily Commercial hasn’t done enough to mitigate the anti-Trump wave in the pages of this paper. We’ve tried to be circumspect about the stories we run, the headlines we put on them, the political cartoons we publish (we recently abandoned our usual cartoonists in favor of a service that is not so unrelentingly anti-Trump). Our editors have even re-edited some wire stories that we thought used loaded language to describe Trump. But in retrospect, we haven’t gone far enough.

The letter went on to note that it was not an endorsement and did some further Trump blaming, before reiterating their main point: “a recognition that you, the voter, deserve better than we in the media have given you.”

Even with their victim blaming and more-than questionable claim that the media was ever fair and balanced toward Trump, this Central Florida newspaper has done something that is so rarely, if ever, done by the media — apologize for biased coverage and admit that the people deserve better. That’s something to be applauded.