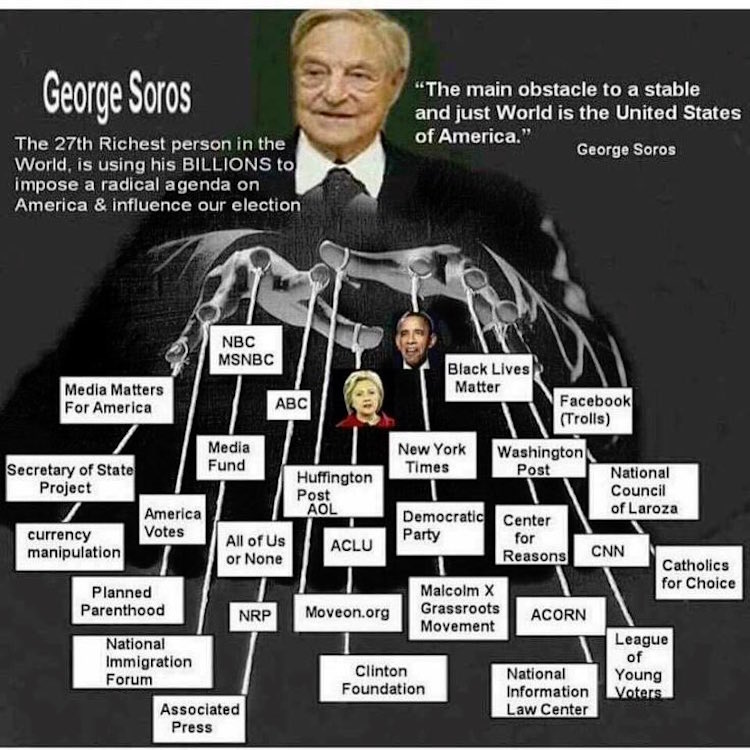 In President Trump’s first year in office George Soros has spent more on lobbying than during any previous year:

The Open Society Policy Center, a D.C.-based 501 (c)(4) nonprofit that focuses on domestic and international advocacy efforts and is a separate entity from Soros’s Open Society Foundations, poured $16.2 million into lobbying throughout the entirety of 2017.

Soros’s group reported spending $4.6 million during the first half of 2017 on its lobbying efforts. During the third quarter, Soros added $1.25 million to the total. Most of the lobbying expenditures—$10.3 million—were spent during the fourth quarter, which spans from October 1 to December 31.

Soros ramped up his efforts as the year progressed by pushing funds toward issues that have been seen as a direct attack on the deep-pocketed financier, such as Hungary’s Bill on Foreign Funded Organizations (LexNGO), a crackdown on foreign-funded organizations in that country.

Hungary’s parliament approved the law that targets foreign-funded NGOs in June of last year, saying they could “threaten the country’s political and economic interests and interfere with the functioning of its institutions.”

While the legislation does not mention Soros, who was born in Hungary and has given money to a number of NGOs in the country, by name, Hungarian politicians have said that they wanted to “sweep out” organizations tied to the financier, Bloomberg reported.

Soros also pushed funds to lobby on the Restricted First Use of Nuclear Weapons Act of 2017, the National Defense Authorization Act for fiscal year 2018, and the Preventing Preemptive War in North Korea Act of 2017, among others, according to the disclosure forms. The Open Society Policy Center lobbied the Senate, House of Representatives, State Department, National Security Council, and the Department of Defense last year.

“We make different grants each year depending on what is happening in Congress and there was a lot going in 2017: Protecting immigrants and refugees, preserving fairness in the tax code, advocating for criminal justice reform, pressing for disaster relief for Puerto Rico, and promoting a progressive U.S. foreign policy,” said Jonathan Kaplan, a spokesman for the Open Society Policy Center.

The group’s disclosure forms also show that Soros has recruited the help of a number of outside lobbying shops in the past including Orion Strategies, the Mitchell Firm, and Glover Park Group, all D.C.-based firms, on top of its three in-house lobbyists.

HILARIOUS: What Chuck Schumer REALLY Got From The Shutdown [Cartoon]

Not only is Soros spending more on lobbyists he’s also funding open borders activists and other left wing causes.

In fact after Democrats caved on the shutdown, a Soros funded group stormed the home of Chuck Schumer and the Senate offices of Mark Warner and Marco Rubio:

Illegal alien activists stormed the home of Senate Minority Leader Chuck Schumer and the offices of Democrats demanding immediate amnesty for all 12 to 30 million illegal aliens in the United States, as well as the release of all illegal aliens who are in detention centers for crossing the U.S.-Mexico border illegally.

Illegal aliens and open borders activists with “United We Dream,” a group that is partially funded by globalist billionaire George Soros, blocked off streets in Brooklyn, New York to protest Schumer’s vote to cave and reopen the federal government without an amnesty for millions of illegal aliens being included in the government funding bill.

“If Chuck won’t let us dream, we won’t let him sleep!” illegal alien activists shouted outside the New York liberal’s home on Tuesday.

Illegal alien activists also stormed through the offices of Sen. Mark Warner (D-VA) and Sen. Marco Rubio (R-FL), with one illegal alien who has been shielded from deportation by the President Obama-created Deferred Action for Childhood Arrivals (DACA) program taking issue with even the words “illegal immigrant.”

“We need [the DREAM Act] now,” the DACA illegal alien said. “You need to show leadership and show everybody else that you are willing to stand with your immigrant community and not with this white supremacist president, this administration.” She continued:

I shared my story about my economics and civics class, how they talked about immigration. And how they labeled immigrants as ‘illegals,’ as people who shouldn’t be here. And that was our teacher’s favorite person. And I remember crying so hard that I had to leave that room. And I remember there were people laughing in that class. And that’s the day that I came out as undocumented.

“DACA is no longer enough,” she said. “Not only is DACA not only a band-aid on the problem but its also a burden to our people.”

What a Government Shutdown Looks Like to Members of Congress [Cartoon] 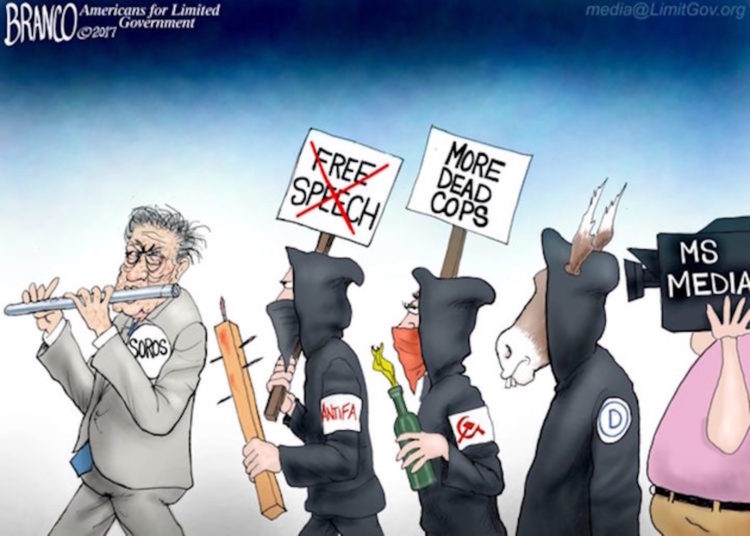