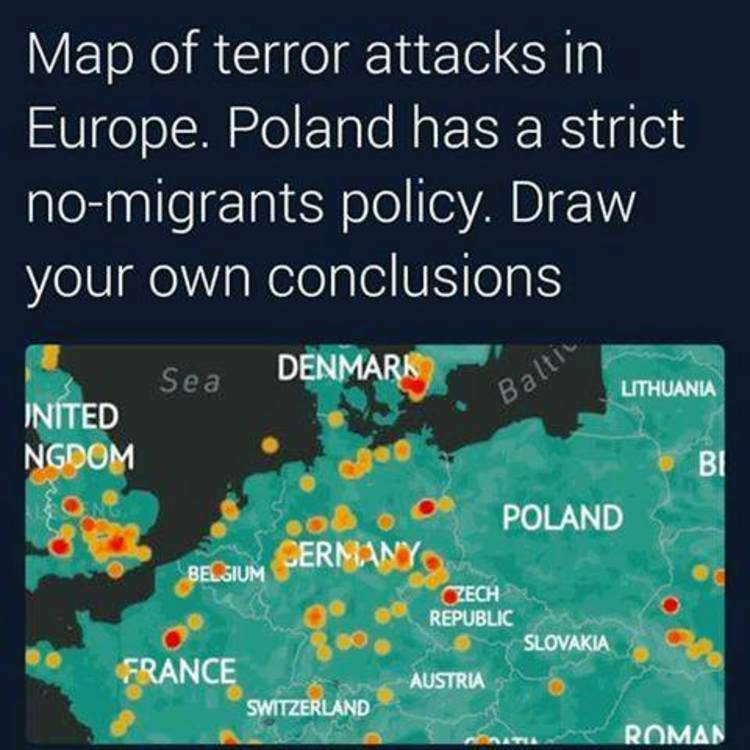 Robert Gehl reports that Europe is under siege.

The number of terrorist attacks on the continent is simply staggering; not to mention the ongoing riots and violent demonstrations in Europe by refugees and immigrants. What we have here is a continent that is reeling from its own liberal migration policies.

The deadly terrorist bombing at an Ariana Grande concert in Manchester, England is just the latest violent incident in recent years. Chronologically, here are some of the more recent attacks:

A man drives his rented SUV into pedestrians at London’s Westminster Bridge, killing four people. The attacker then stabbed a police officer to death.

Riots broke out in a predominantly immigrant neighborhood of Stockholm Monday night, as residents clashed with police officers and set vehicles on fire, Swedish police say.

Riot police fought running battles with a mob of more than a thousand migrants who tried to storm Europe’s borders and force their way into the Spanish enclave of Ceuta.

A hijacked truck plows through a Christmas market in Berlin, killing 12.

1,500 migrants clashed with police in Bulgaria’s largest refugee center, two days after the facility was sealed off following reports of an alleged infection outbreak.

Suicide attacks on the Brussels airport and subway kill 32 and injure hundreds. The perpetrators have been closely linked to the group that carried out earlier attacks in Paris.

Islamic State-linked extremists attack the Bataclan concert hall and other sites across Paris, killing 130 people. A key suspect in the attack, 26-year-old Salah Abdeslam, is arrested in Brussels on March 18, 2016.

A gun assault on the Paris offices of the satirical magazine Charlie Hebdo and an attack on a kosher grocery store kills 17 people. Al-Qaida in the Arabian Peninsula claims responsibility for the attack, saying it was in revenge for Charlie Hebdo’s depictions of the Prophet Muhammad.

Riot police fired tear gas to end repeated clashes on Tuesday among hundreds of migrants in Calais who launched their second attempt in two days to storm lorries bound for Britain.

Four people are killed at the Jewish Museum in Brussels by an intruder with a Kalashnikov. The accused is a former French fighter linked to the Islamic State group in Syria.

Two al-Qaida-inspired extremists run down British soldier Lee Rigby in a London street, then stab and hack him to death.

Anti-Muslim extremist Anders Behring Breivik plants a bomb in Oslo then launches a shooting massacre on a youth camp on Norway’s Utoya island, killing 77 people, many of them teenagers.

The offices of Charlie Hebdo in Paris are firebombed after the satirical magazine runs a cover featuring a caricature of the Prophet Muhammad. No one is injured.

52 commuters are killed in London when four al Qaida-inspired suicide bombers blow themselves up on three subway trains and a bus.