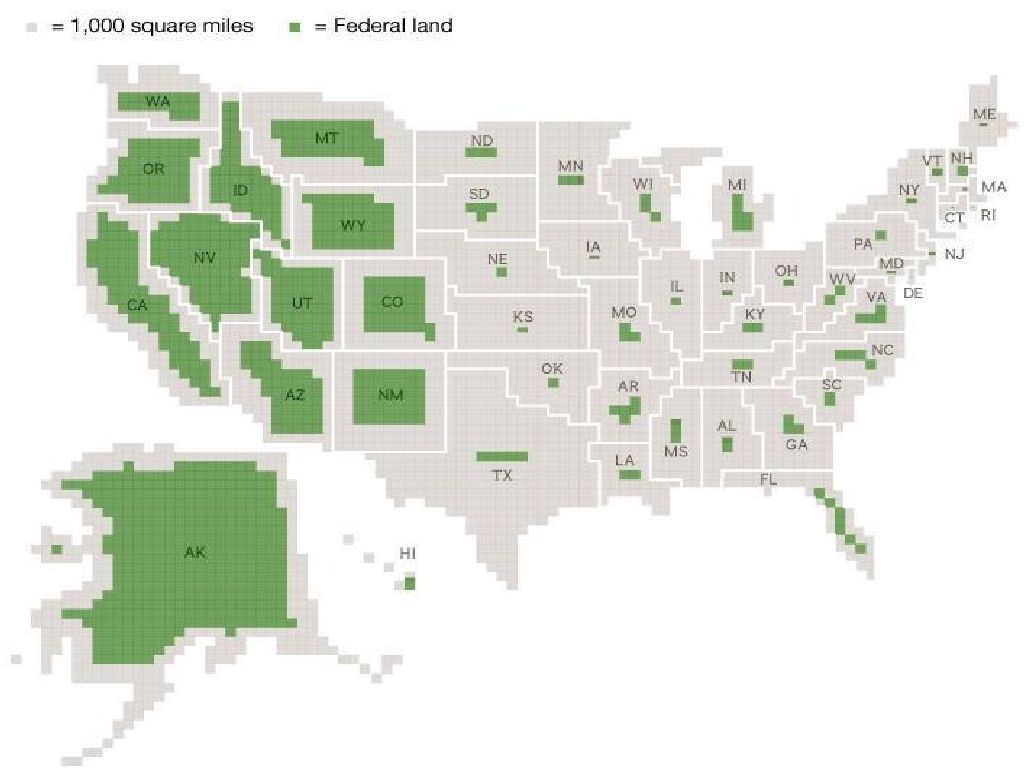 The rise of progressivism in America can be clearly seen by taking a look at what land the government owns.

The eastern two thirds of the country have little federally owned land. The dominant belief at the time these states were developed was that private property is a natural right of the individual.

The government needed land only to fulfill its basic duties. There were Federal buildings, post offices and post roads, public parks and libraries, but federally owned land was kept at a minimum.  The government mostly stayed out of the way, leaving the majority of land to private ownership

Western states are different. Land ownership is inverted, and the feds own an overwhelming majority of the land. The dominant belief had shifted by the time these states were developed.  By then, the new and dominant theory of progressivism had emerged.

The Heritage Foundation offers a comprehensive definition of progressivism by detailing the historical context for reforming American principles:

The Progressives were reformers in the late 19th and early 20th century who believed that in order to address modern problems, America needed to abandon the old ideas of the Founding in favor of a new expansive conception of the role of government. Progressives paved the way for modern liberalism and politics, and their core ideas are still the mainstay of today’s liberalism.

Some Progressives were prominent journalists such as Herbert Croly (co-founder of The New Republic), some were distinguished professors such as John Dewey and Woodrow Wilson (president of Princeton before he was President of the U.S.), and many were political leaders such as Theodore Roosevelt and Robert La Follette. Progressives could be found in both political parties: Wilson was a Democrat, Roosevelt was a Republican.

The Progressives were united in their contempt for what they called the “individualism” of the Founding. Instead of a government that protects natural rights through limited, decentralized powers, they envisioned an expansive government, a “living” and evolving Constitution, and the rule of “experts” in nationally centralized administrative agencies.

Citizens, progressives thought, couldn’t be trusted with development and guardianship of the land. If the land was left in control of private owners, then it could be used however the owner wanted, posing a problem for control hungry reformers.

Developing the land by building things could be BAD for the environment.  The government should decide what citizens can do with the land, what they can build, how they should farm, what land they can’t have or shouldn’t even be allowed to live on.

Progressives believed people can’t take care of land freely. So the role of government had to be inflated.  As a result, to this day, land largely developed after the spread of progressivism is mostly federally owned.

Is it true that the public shouldn’t be allowed to own too much land, because we might do something BAD with our property?

Or is this just an excuse to dismiss our nation’s founding principles?

Let us know what you think, and sound off in the comments.