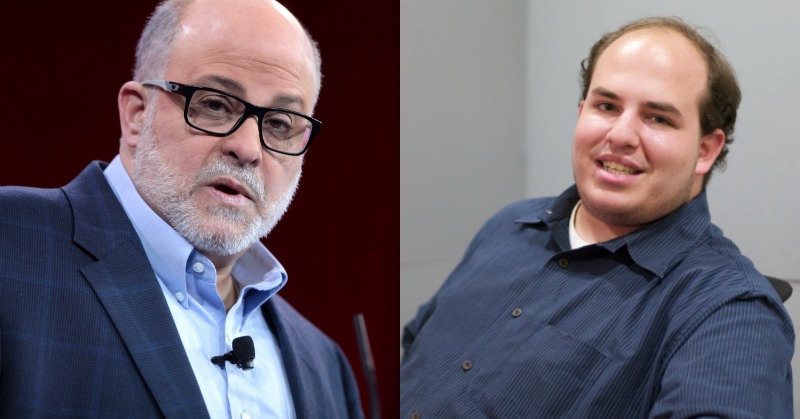 Levin has been very outspoken over the weekend about the wiretapping claims and has dug into the facts in a way that, unsurprisingly, the liberal mainstream media has refused to do.

In response to Stelter’s attack on him and refusal to do his job, Levin posted this open letter email, courtesy of The Right Scoop:

Did you listen to my show on Thursday, before President Trump tweeted? Did you watch my appearance on Fox and Friends Sunday morning? I know you are ticked I did not appear on your show, despite your numerous requests. Your ad hominem attacks about “right wing” radio host and conspiracy theory stuff… incredible.

I simply put together the stories that YOUR profession reported, on the public record. Do you deny there were two FISA applications? Do you deny the first was turned down? Do you deny the second was approved? It’s called the Foreign Intelligence Surveillance Court. It is about surveillance. The fact that we cannot discern all the details because of the secrecy, except for what the media have revealed and selective leaks by the government, should cause you to want to know more, not to trash those who point it out.

And yes, we can make several logical implications based on events and experience. A FISA application is a big deal. One, or two in this case, that involve campaign surrogates, or a server or computer related to a candidate or campaign, etc., is a big deal. President Obama’s statement is not a definitive statement of anything, other than he, personally, did not order a wiretap, which I never claimed. But that does not mean he was unaware of surveillance activity by several of his departments, even through routine reports to the president, such as the Daily Intel Briefing or information conveyed to him or his staff via the Justice Department re the FBI counter-intelligence activities. As for Clapper, despite his past dissembling before Congress, he may not have been aware of what was taking place since the FBI counter-intel operation reportedly sought the warrant. The Daily Intel Briefing might provide useful information in that regard as well.

Of course, the release of the FISA applications would also shed a lot of light on events, assuming YOU believe reports that they were filed.

Furthermore, Clapper has said, as recently as yesterday, that no connections between the Russians and the Trump campaign have been found. I am extremely critical of Russia, Putin, and the efforts to influence our election, although I do not believe they succeeded. That said, how would Clapper know of no connections if he, as former Director of National Intelligence, didn’t look? On what is that based?

Your lack of curiosity and dishonesty about such matters and in dealing with me demean you and your profession. You are free to circulate this communication to whomever you wish, as I am making it public.

Levin dismantled Stelter’s attacks easily and while it’s unlikely that the fake news host is going to actually absorb any of it, Levin’s open letter email is definitely worth a read to see how the liberal mainstream media tries to shut down facts and logic, and how Levin deftly exposed just that.