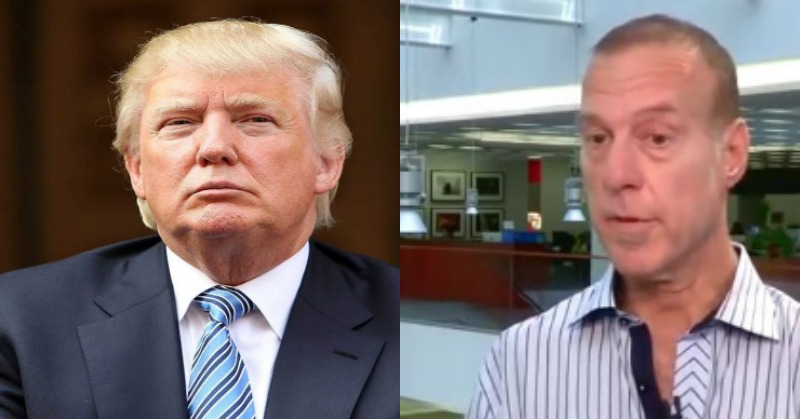 For months, the liberal mainstream media has accused GOP presidential nominee Donald Trump of mocking the disability of New York Times Reporter Serge Kovaleski. Now there is video proof showing that this was yet another media lie concocted to smear Trump.

In her latest column, Ann Coulter exposed this lie in detail.

Coulter cited the group Catholics 4 Trump, which posted a video showing a different part of the same speech — in which Trump makes the same flailing arm gestures in reference to a “flustered general.”

And this wasn’t the only time. Trump also used the same flailing arm gesture to describe his primary rival Sen. Ted Cruz’s speaking style, which the group also posted a video of.

As Coulter noted, neither Cruz or the general in question have a disability, which debunks the media’s exploitation of the reporter’s disability to smear Trump.

Coulter pointed out that the media was egregiously complicit in this lie, as they witnessed the very speech in which Trump used the same gestures to depict people other than Kovaleski.

Clearly the gesture was simply intended to imitate someone who was flustered…but that doesn’t fit the media’s agenda, so they went with the lie.

As Coulter pointed out, there’s a reason why the media didn’t show interview after interview with Kovaleski during their smear campaign: because it would have proven then and there that they were lying.

Coulter noted that Kovaleski’s disability is called “arthrogryposis, which locks his wrists in place, actually preventing movement,” but that the reporter does not flail his arms or engage in other mannerisms resembling Trump’s imitation.

This, she continued, is precisely why the media stuck with still photos of Kovaleski and not interview footage, because there they could trick people into concluding what actual video would have discredited.

In a damning piece of evidence, Coulter reported that under a Washington Post article peddling the lie about Trump, a comment was posted with the videos that prove he wasn’t mocking the reporter’s disability. The comment was swiftly deleted.

Time and time again the media’s smears against Trump are proven false while the indisputable truth remains: Trump is not only running against Democrat nominee Hillary Clinton, he’s running against the mainstream media.