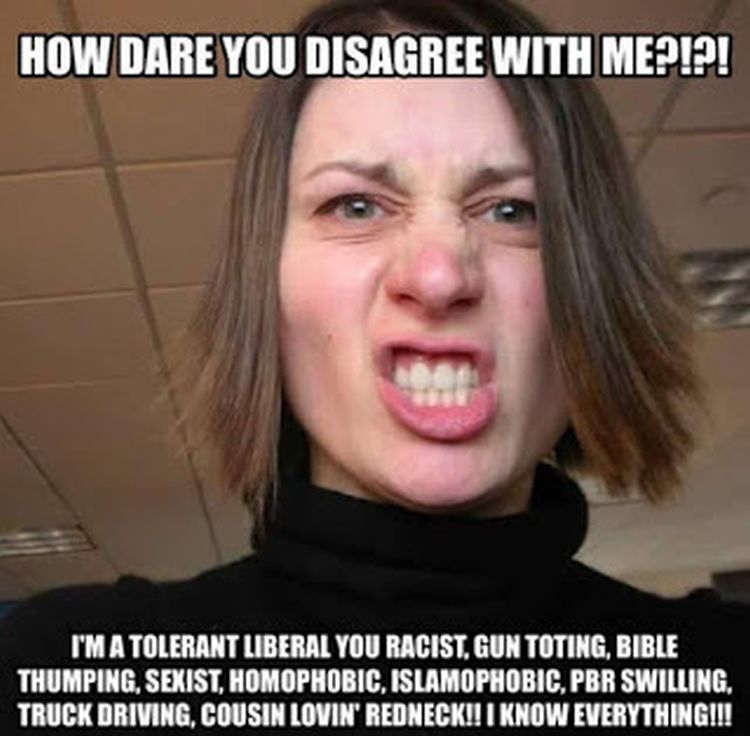 From the Analytical Economist

#BlackLivesMatter supporters, Bernie Sanders supporters, and  domestic terrorist Bill Ayers were among those who attended.

There was an equal number of protesters and attendees.

Trump eventually canceled his speech, and liberals rejoiced as they only favor freedom of speech when it’s their speech.

The liberal journalist Dave Rubin mocked his fellow liberals (who he commonly refers to as the “regressive left”), pointing out that if you use free speech to stifle others’ use of theirs, one day, they’ll do the same to you.

Megyn Kelly, Rachel Maddow, and Ted Cruz were among those who blamed Trump’s rhetoric as the cause of the protests. Below is just one photo from the event – and it’s not hard to see which side was inciting violence.

Violence did break out during the protests between supporters and protesters – and one man rushed the stage that Trump was set to speak at. It’s pretty clear which side wanted an altercation to occur.

Naturally, one of the violent protesters is an anti-violence activist:

Paul Joseph Watson of InfoWars has a more complete coverage of the media hypocrisy in covering the protests below.

Would the media defend the behavior of these protesters had they been protesting any other presidential candidate?

Probably not, but that’s hardly surprising.