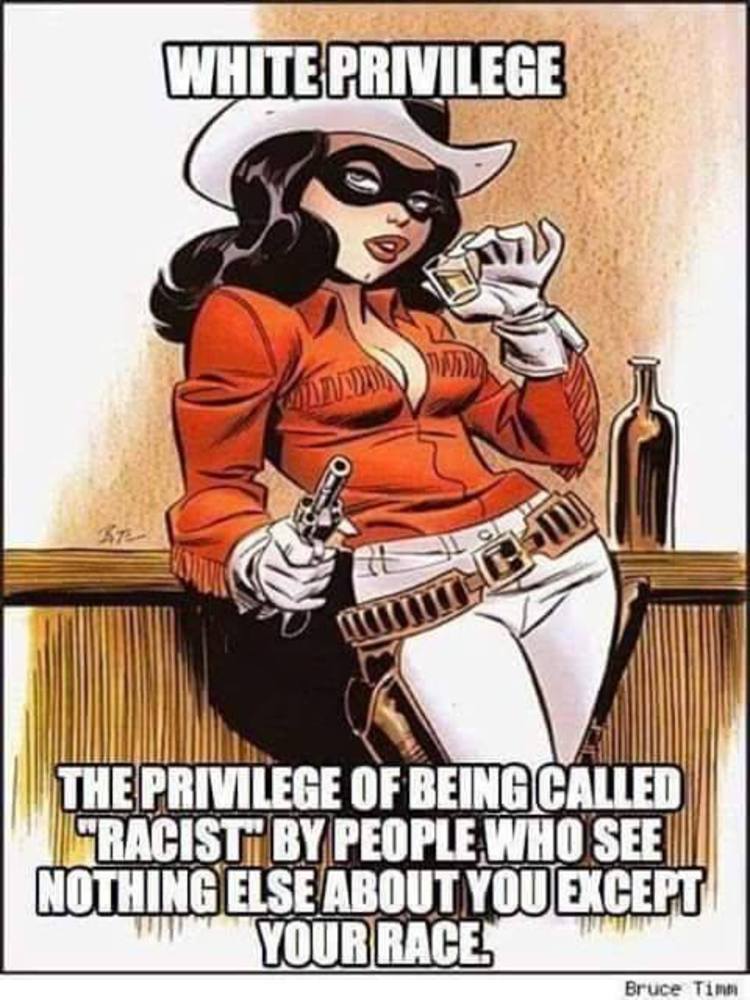 Warner Todd Huston reports HBO comedian and commentator Bill Maher is usually a doctrinaire liberal who stands against everything center right, but once in a while he cuts through the left’s BS with a segment slamming the hypocrisy of the left. Recently he did some of that cutting into the left’s idiotic “white privilege” nonsense that liberals will be furious over.

On his HBO show “Real Time,” Maher revealed he is about fed up with all this foolishness with people attacking white people and “whiteness” just because it’s white.

In a not safe for work commentary, Maher slammed the left for its constant attack on white people…

The comedian said he was sick and tired of white people “crapping” in being white just to they could signal they care about minorities. Maher noted, though, that not only do minorities not care if whites think being white is “lame,” but they also “think it’s ridiculous” when white people pretend to hate being white.

Maher was right with much of what he said here. Yes, he unfairly takes a few jabs at conservatives, but there are some nuggets of truth worth considering here. It is also something you should show to your liberal, white friends.

If you don’t want to watch the video, here is a transcript of most of his comments….

New rule white people have to find some middle ground between racists and people who see racism everywhere. Because at this point I can tell who’s more annoying, conservatives who don’t care about anyone who isn’t white or liberals who hate themselves because they are white.

There’s gotta be some sweet spot between the PC police and the Baltimore Police.

Now, I don’t how we got to this place where Caucasians in America are either non-stop apologizing for the unbearable whiteness of their being, or they’re Trump voters who somehow have convinced themselves that it’s white folks who can’t catch a break in America.

68% of Fox News viewers believe reverse racism is the bigger problem. Racism, they say, what racism? Look at all the black doctors on ‘Grey’s Anatomy’!

Now, these are both stupid positions, but we expect stupid from conservatives.

So, let me tonight talk to the liberals for a minute. Attention Whole Foods shoppers, put the kale down. We need to have a talk, because this idea that being white automatically equals lame is getting out of hand. You know who I’m talking about, the kind of person who goes away to some exclusive vacation spot, and comes back and says, ‘It was nice but so many white people.’ The kind of person who watched the Super Bowl halftime show and tweeted some version of ‘Coldplay just made me sad to be white.’ Why? Because they’re super successful at a job you’d give your left nut to do?

I know you’re trying to demonstrate to minorities that you’re a sympathetic ally by dumping on your own whiteness, but most minority folks could give a shit. They think it’s ridiculous, you, pretending you’re making a difference when you’re just making yourself feel better. It’s so, white.

It reminds me of how, in the ’90’s liberals attacked the ‘Seinfeld’ show because all four characters were white. But I don’t remember any black people caring about it. They just watched ‘Martin’ instead.

Cut to 2016, and social justice warriors are doing the same thing with HBO’s ‘Girls.’ All her friends are white. Well, I know a lot of white people too. There’s just so many in this country…

(Note: Here he goes off with a few jokes not relevant to his central point so I skipped this bit in my transcribing.)

…I’m just saying constantly crapping on yourself doesn’t fix anything. It’s a perverse sort of narcissism. The more you hate on your own whiteness the better person you are.

I hear it all the time check your white male privilege! OK, you’re right, I’m very privileged, I checked.

Now what? Should I tweet an apology to Kendrick Lamar while I lop off my cock? I’m sure that would help because Bruce Jenner was a boob even among Kardashians but now he has boobs or she’s Rosa Parks!