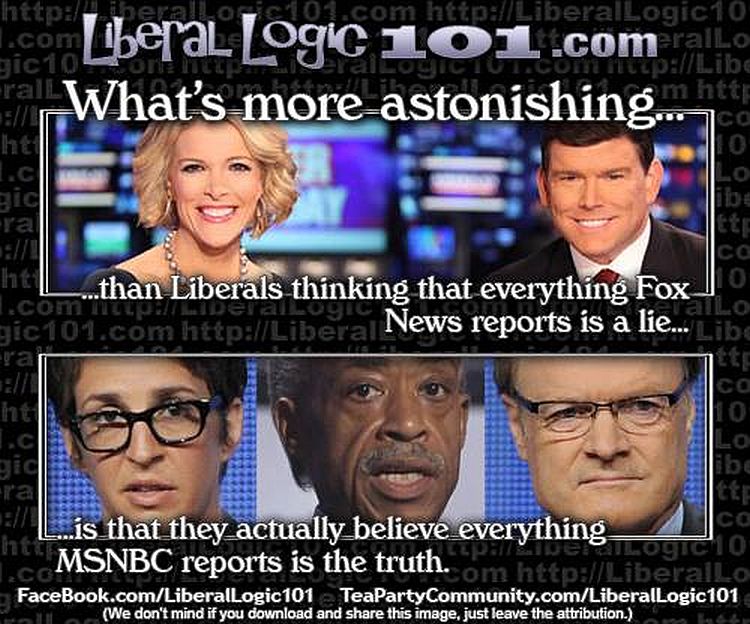 The left-wing media is enraged that Donald Trump won the New Hampshire Primary – and they’re insulting and trolling the voters who put him on top.

They can barely contain their enmity for voters and Trump as they proclaim Ohio Gov. John Kasich’s second-place showing a victory for “civility” and “compassionate conservative.” 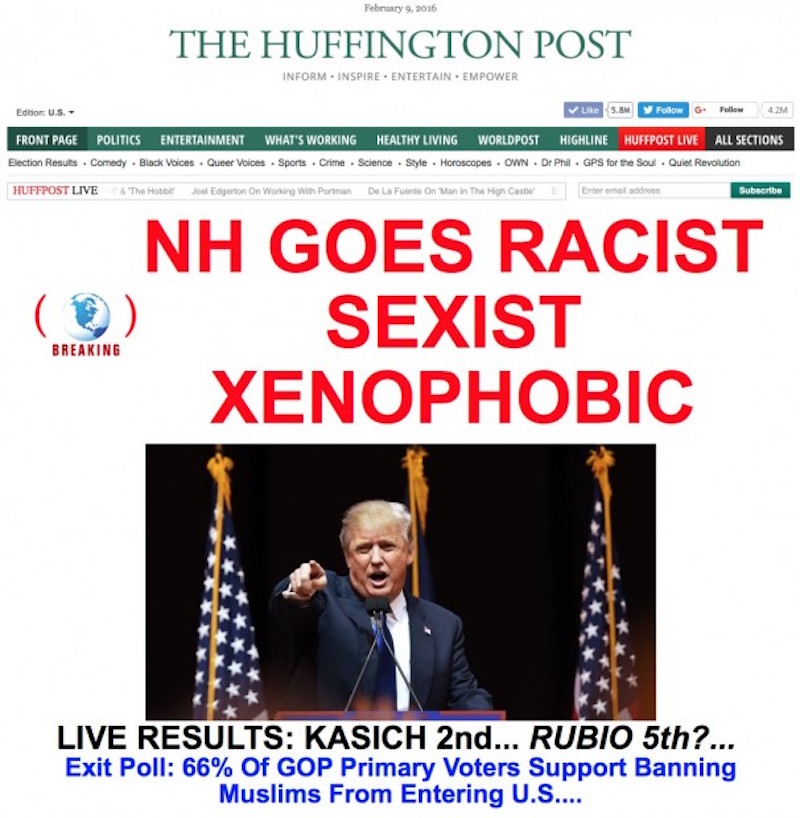 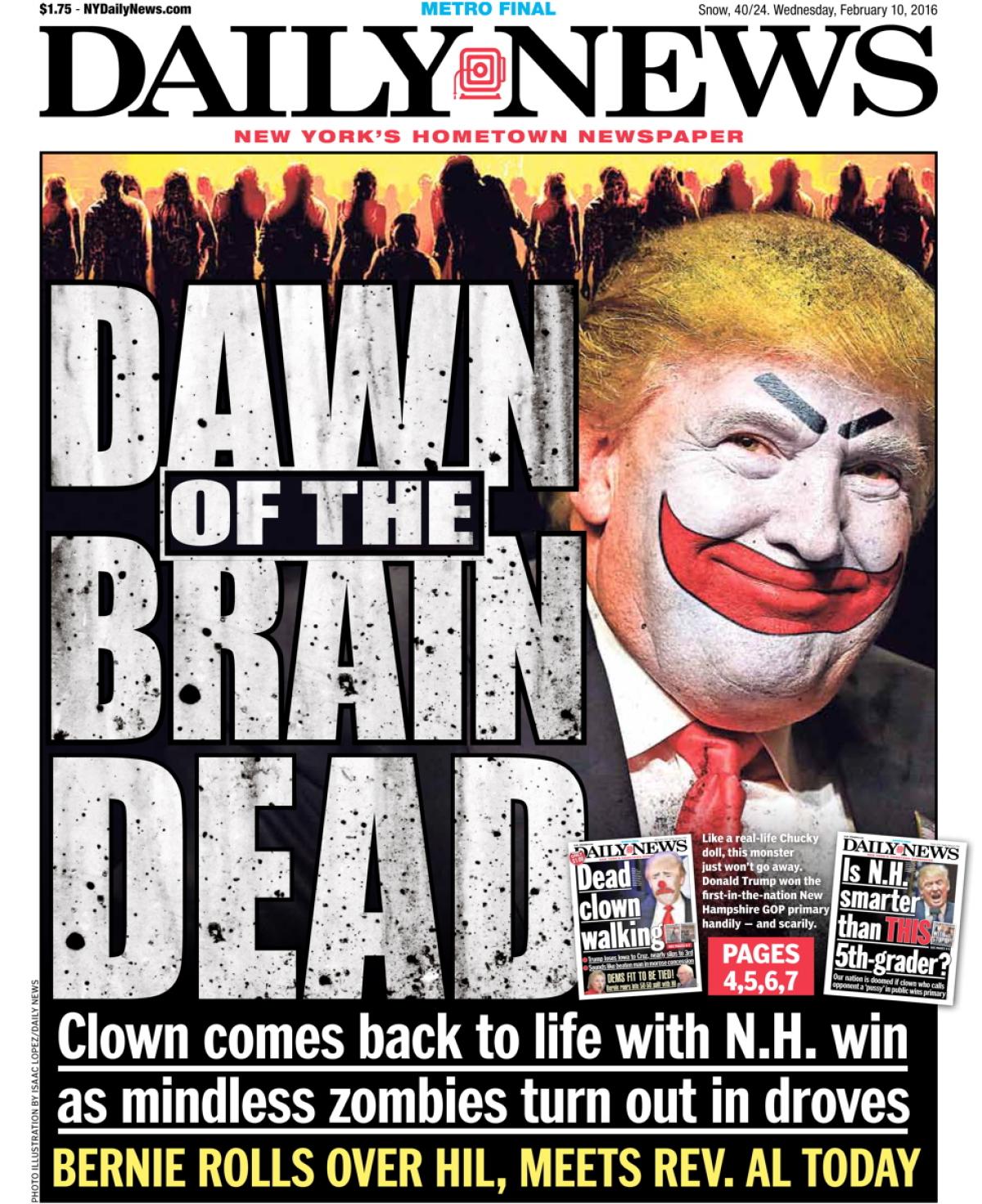 Clueless New Hampshire voters handed billionaire bore Donald Trump a “yuge” victory in the first-in-the nation primary Tuesday, providing the mad mogul with a new round of ammo a week after a disappointing second-place finish in Iowa.

More than three in 10 Granite State voters flocked to the foul-mouthed contender, throwing their support to him at levels beyond what the polls had predicted — a day after he referred to a Republican challenger Ted Cruz as a “pussy.”

The Huffington Post, which now has an official policy of calling Trump a “racist,” “liar” and a “xenophobe” in all articles that mention him, called New Hampshire voters “racist” and “sexist” for voting for him.

This is the “Editor’s note” that is required on all Trump articles:

Editor’s note: Donald Trump is a serial liar, rampant xenophobe, racist, misogynist, birther and bully who has repeatedly pledged to ban all Muslims — 1.6 billion members of an entire religion — from entering the U.S.

From the day he announced his candidacy with a hate-filled speech that castigated Latinos as rapists and murderers, to his embrace of and by white supremacists, Trump’s antics have served to expose Republican voters as ready to follow his racist, misogynistic crusade to the very gates of Hell.

Over on MSNBC, Rachel Maddow had a dire prediction for the future of America:

I will say if you’re a Muslim-American. if you are from a family of immigrants, if you are a Mexican-American, as 30 million Americans are, this win tonight by Donald Trump, it may be chilling. This is going to be international news tonight, not just because he’s a big outsized personality and a political novice who’s maybe on track to get the Republican nomination. This is going to be seen international news tonight because this is going to be seen worldwide as the ascendance of a kind of nativism in American Republican politics that is usually confined to the Pat Buchanan fringe and the George Wallace fringe.

If they’re THAT angry, Donald Trump must be doing something right.