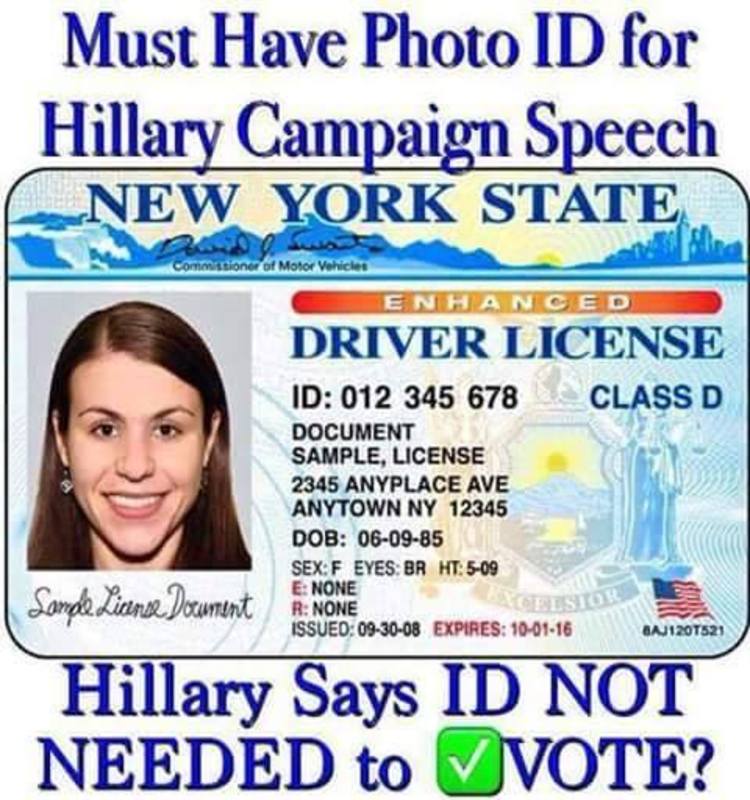 Hillary Clinton has been blasting voter ID laws and proposing her own terrible solutions to the “problem.” But if you want to hear Hillary discuss how evil those ID laws are, don’t forget to bring something:

Yes, we are used to this kind of thing from Democrats, but that doesn’t mean it should keep happening.

@mkues65 @HillaryClinton @nytimes Clearly she does not want the poor, minorities or seniors in the crowd, right?

Why would the Hillary campaign discriminate in such a racist way against people who want to attend her events? https://t.co/Nwnyu0Hy0N

@mkues65 In order to here .@HillaryClinton talk about how ID’s are racist… got it. .@nytimes https://t.co/bi03ZQmf4o

@NumbersMuncher @BoboFromTexas What about the people who don’t have an ID? Can’t get in but they can vote? @greggutfeld @IngrahamAngle

Steyn on #Rush: don’t you need voter ID to be vetted to be in a Hillary townhall meeting? Does that mean she’s repressing Latinos? #tcot

And unfortunately for us, that’s exactly what Hillary’s team is counting on.