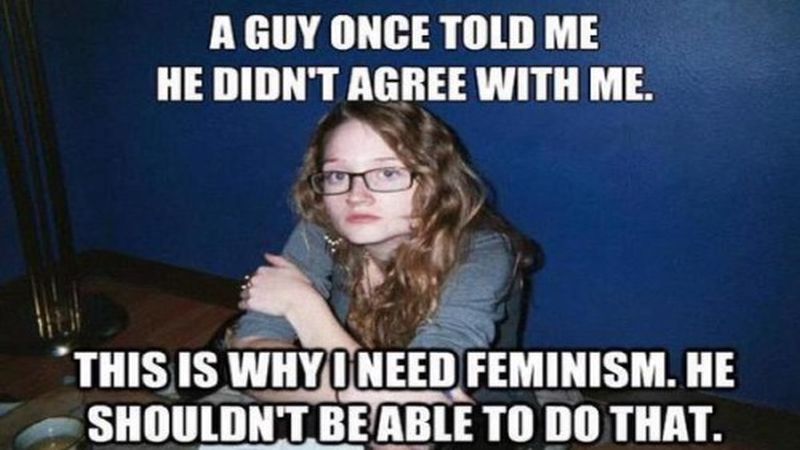 Kimberly Morin writes it’s a pretty sad state of affairs when feminists become mothers of boys. They so hate everything about men in the first place that they frankly shouldn’t be allowed to raise boys.

Parenting article. The woman wrote a parenting article in which she laments that her 7-year-old son has begun exhibiting boyish behavior, and she’s having none of it. From The Globe and Mail:

When his older brother complained about having to watch Frozen because it was “girlish,” James instantly struck it off his list of favourite movies and now refuses to play Elsa and Anna even when his best nursery school girlfriends insist.

You might think this is no big deal, that my son is just behaving “naturally,” but I’m automatically wary of notions of biological determinism. When he hands me back a flower because pretty things are for girls, I think, what’s next? Kindness? Decency? Dancing?

He’s a little boy for God’s sake. All children go through phases of what they like and don’t like. It is a normal part of growing up. The only thing wrong with this scenario is the mother’s concern that her son not liking “pretty things” now will lead to horrible behavior later.

Girlish things. If you have ever raised a child, you know they all go through phases where they reject certain things because of how they are perceived. It’s a regular part of growing up, and it’s even quite amusing. There’s nothing wrong with it and it doesn’t mean their future is bleak. Studies have shown that children will indeed gravitate towards certain types of toys that some have labeled as “gender specific.” Again, nothing wrong with this; it’s genetics. Again from McLaren:

But as I watch my son reject flowers and dolls and even pink Popsicles – all things that until, very recently, he adored – on the grounds that they are “girlish,” I have come to see Fine’s point. There is something inherently sexist, even covertly misogynist, in the way we discourage boys away from pretty things while telling girls they can have it all.

This sort of messaging is a bad thing for boys because it’s culturally limiting, but in the broader sense it’s even worse for girls. Because what it is saying is this: Boy stuff is universally cool and girl stuff is silly and worthless.

Cross the line. This woman makes a point in a sense because indeed girls can do anything they want, but so can boys. It would be interesting if she would be as upset if her son rejected everything “boyish” and wanted to only play with princesses and pink things. Is it her that has the issue? Indeed — so much so that she says she’s going to inject girlishness into her son:

If I want my son to love and respect women, I am going to have to teach him to embrace – and ideally appreciate – “girlish” things. That’s why I’m weaving him a dandelion crown and signing him up for ballet.

I’m going to turn the little alphabet belcher into a proud princess whether he likes it or not.

Why this matters? Ever wonder why there are so many “pajama boys” in the world? Probably because they had feminist mothers who tried to force them to reject their own “boyishness” when they were young children. There is nothing wrong with boys liking what are seen as traditional boy things and vice versa for girls. Children will play with a variety of toys and like a variety of different things throughout their childhood.

Forcing them to try and like something they don’t for the moment will only cause bad memories that will make them reject these ideas later. Just let them be and encourage them to appreciate all things. Eventually they will…unless they are psychologically abused by parents who have internal issues with their own selves.