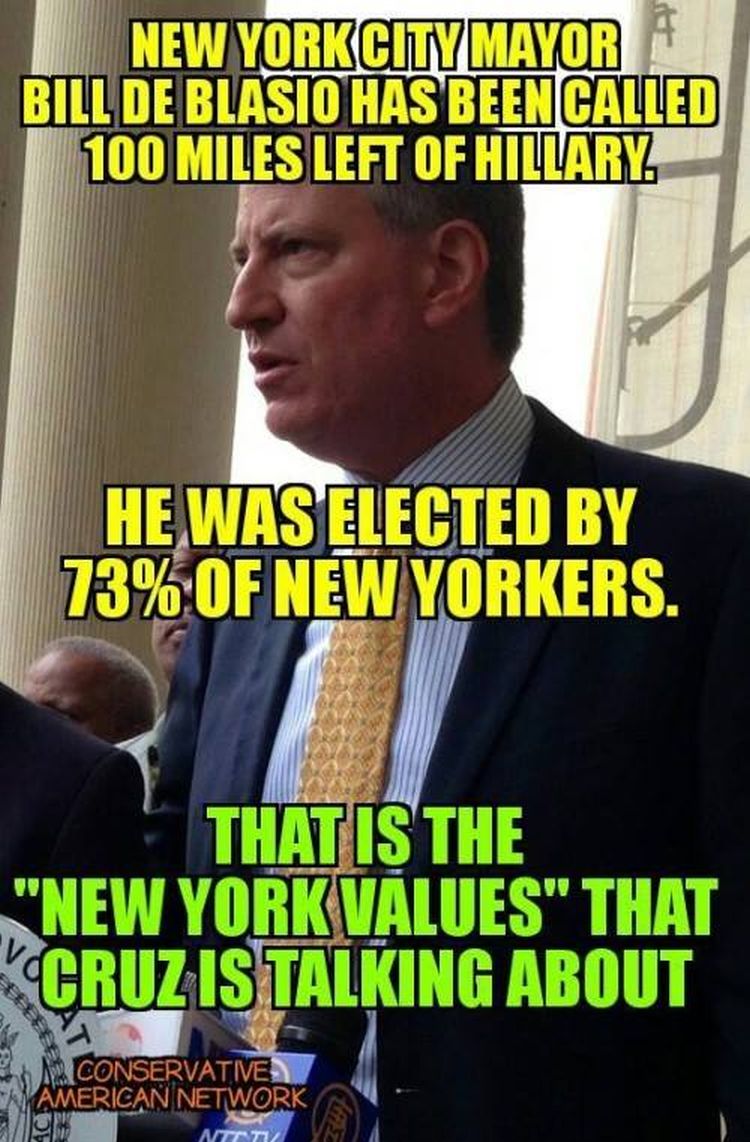 :
For all the blathering and obnoxious bloviating about how Cruz had insulted the Big Apple, Cruz went on to win a prominent straw poll in New York City.

The numbers aren’t binding in any way, but it’s a prominent straw poll and it shows how New Yorkersreally

Some in the media – and nitwit New York politicians like Mayor Bill di Blasio and Gov. Andrew Cuomo – demanded that Cruz apologize for his comments. Donald Trump took great insult and demanded an apology. And Cruz did, but not in the way they wanted:

“I apologize to the millions of New Yorkers who have been let down by the liberal politicians in that state,” Cruz told reporters. “I apologize to all the cops and the firefighters and 9/11 heroes who had no choice but to stand and turn their backs on Mayor de Blasio because Mayor de Blasio over and over again stands with the looters and the criminals rather than the brave men and women of blue.”