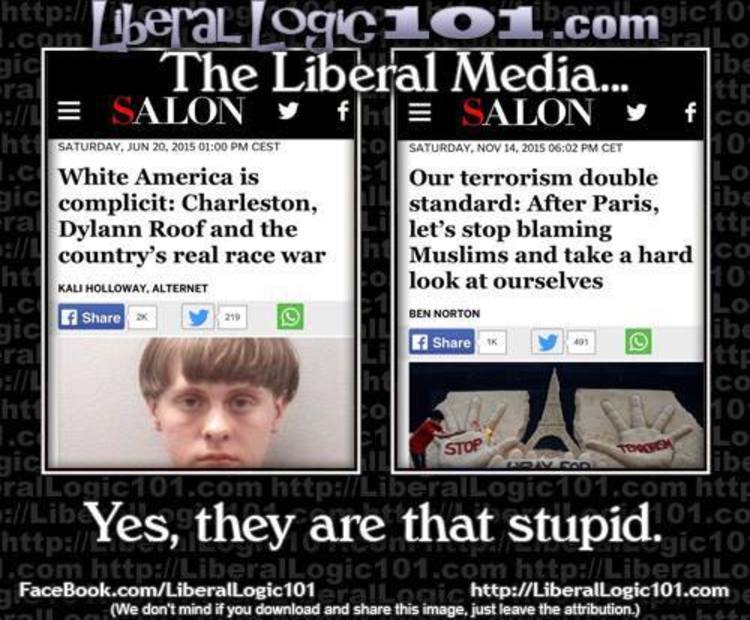 reports what the mainstream media won’t tell you about the European refugee crisis:

In the strategic game of war, nothing can be perceived as coincidental. And when it comes to the long war against Islamic fascism/jihadism, we must pay attention to the indicators and warnings, and not allow our emotions and wanton sense of benevolence to get the best of us.

Sadly, our kindness is considered a weakness to the devoted acolytes of the violent warlord known to the world as Mohammad. An epic moment termed the “Arab Spring” became a movement subverted by the venerable Muslim Brotherhood — and the West, namely the United States, believed its members to be the only ones who could bring stability. It was no different than the Clinton administration trusting the Taliban to quell the post-Soviet/Afghan War turmoil.

And just last Friday we remembered, fourteen years later, the ramifications of trusting Islamic jihadists. One must ponder the future consequences of the Obama administration’s folly in trusting the militant theocratic regime in Iran.

So against the backdrop of the “great humanitarian crisis” of the Islamic migration invasion into Europe, comes a call to do exactly what jihadists are called to do.

As reported by the Daily Mail, “Al-Qaida leader Ayman al-Zawahri called on young Muslim men in the United States and other Western countries to carry out attacks inside there and urged greater unity between militants. “I call on all Muslims who can harm the countries of the crusader coalition not to hesitate. We must now focus on moving the war to the heart of the homes and cities of the crusader West and specifically America,” he said in an audio recording posted online on Sunday, referring to nations making up the Western-led coalition in Iraq and Syria. He suggested Muslim youth in the West take the Tsarnaev and Kouachi brothers, who carried out the Boston marathon bombings and Charlie Hebdo shootings in Paris respectively, and others as examples to follow. Zawahri reiterated his position on Islamic State, repeating what he said in a recording posted on Wednesday – that he viewed the group’s claim to be a caliphate as illegitimate but would join them in fighting Western and secular forces in Iraq and Syria.”

Hmm, perhaps I’m the only one who noticed this but does Zawahiri consider Russia to be part of this call to arms? After all, it is Russia which has landed a 1,000-man contingent in Syria and has called for a coalition to fight against ISIS — actually all the Islamic jihadists groups threatening Bashar Assad.

What I see here is the al-Qaida leader focusing on what he deems as the “weak horse” — American and Europe. And this call comes as we are blindly about to allow entry of hundreds of thousands of “refugees” into the West.

Now, I’ve been watching many reports and perusing through many pictures and just have to ask, why are all these young Muslim men being considered refugees? You can call me heartless all you want, but they should be turned back.

I would develop entry criteria which focuses mainly on the elderly, women, and children. I would refuse entry to any male who is of fighting age and physical ability.

Let them go back and fight for their own country — not coming here to seek government assistance and greater expansion of the segregated Muslim enclaves which have spawned domestic terrorism — consider the result of the “refugee” issue from Somalia into the Minneapoils/St. Paul area and the hotbed of Islamic jihadist recruitment it has become. We see what Dearborn, Michigan has evolved into – these areas become feeding grounds for the anti-Western sentiments which Zawahiri or ISIS can tap like an oil field.