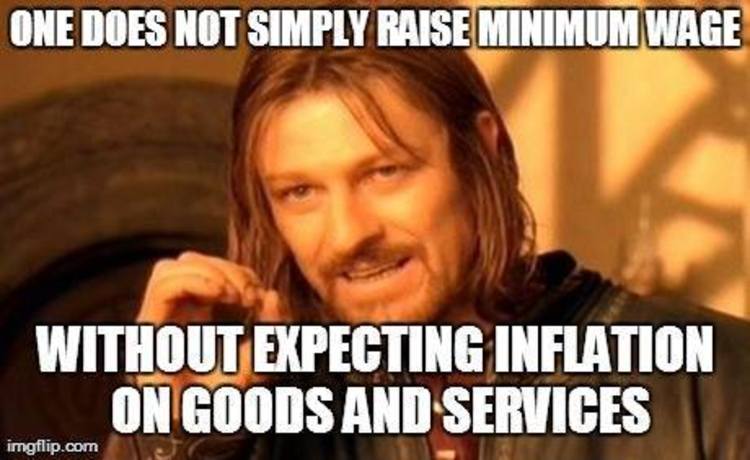 Retail giant Walmart just raised the minimum wage for more than 1.2 million employees nationwide last weekend, boosting their pay from $9 an hour to $10.

The pay raise, which was first announced last month, affects nearly all of the company’s hourly workers. Full-time workers with the company will now make an average hourly wage of approximately $13.38, while part-time workers will now bring home about $10.58 an hour.

In total, the company will spend approximately $1.5 billion on the changes, which also include new scheduling procedures that provide more advanced notice of shifts and increased paid time off for workers.

Not everyone is happy with Walmart’s latest move. One such group is the union-backed OUR Walmart, which advocates for a minimum $15 per hour minimum wage, among other things:

We hope everyone had a nice January! Walmart.. not so much. Take a look at January 2016 in Walmart headlines: pic.twitter.com/JiWRxTH3Wo

In response to the upcoming pay raise, Nikki Fortunate Bas, a leader with OUR Walmart, released a statement last week praising the changes but calling for more.

She told The Chicago Tribune:

“After several years of protests, strikes and public calls for better wages and hours, Walmart is finally starting to respond to working people and our communities.

While this victory is more evidence of the power of working people, Walmart still has a long way to go to prove to our cities that it can be a good neighbor.”

The company’s recent pay hikes do come at a controversial time for the company, however, given that the retail giant is in the process of shutting down nearly 300 stores — a move that will impact 16,000 workers worldwide.