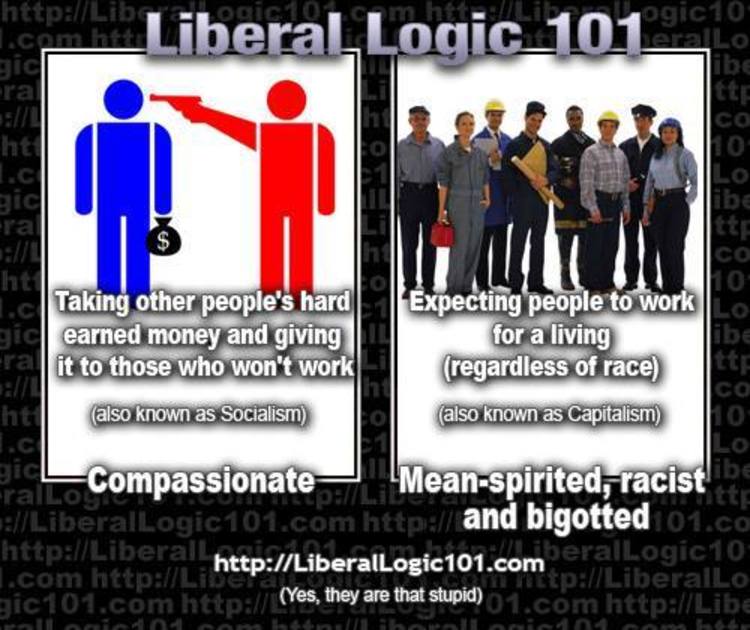 Buried deep within a poll of Democratic and Republican caucus-goers in Iowa is a startling revelation:

As an example of how far to the left America’s liberals have gone, thepoll

showed that 43 percent of Democrats who plan to attend the Feb. 1 Iowa Caucus identify as “socialists” while only 38 percent identify as “capitalists.”

Other startling differences between the two parties in Iowa: Only 16 percent of GOP caucus-goers say they’re “anti-Wall Street,” while 44 percent of Democrats feel that way. 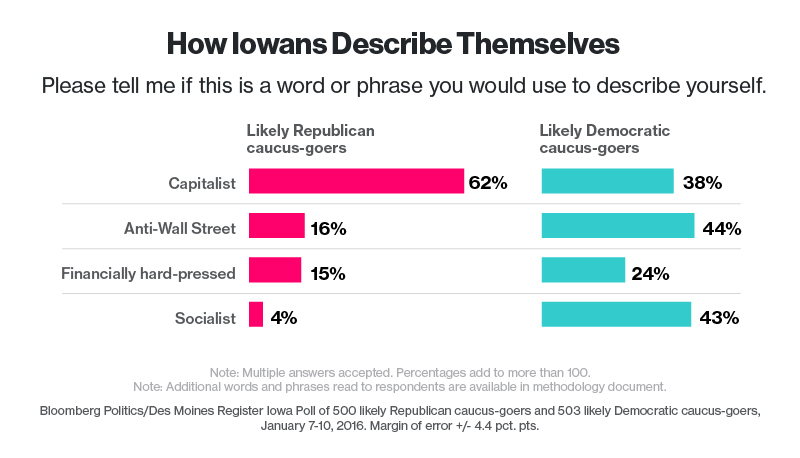 Only 22 percent of Republicans identify as “centrists,” while one in three Democrats feel that way.

Among the four Republican candidates scoring highest in the Iowa Poll, those supporting Senator Marco Rubio of Florida are the most likely to identify with the centrist label, at 31 percent. That’s followed by 20 percent among those backing billionaire Donald Trump. Supporters of Senator Ted Cruz of Texas and retired neurosurgeon Ben Carson are both at 15 percent.

More than four in five Iowans likely to attend the Republican caucuses view themselves as a “values voter,” while “capitalist” and “devoutly religious” were each picked by 62 percent.

The phrase “gun enthusiast” is a point of separation between the two parties, with 51 percent of likely Republican caucus-goers identifying with it, compared to just 16 percent among those planning to attend the Democratic caucuses.

Trump’s supporters are more likely to identify as gun enthusiasts, with 66 percent of his backers agreeing with that phrase. That compares to 59 percent for Cruz, 48 percent for Rubio, and 42 percent for Carson.