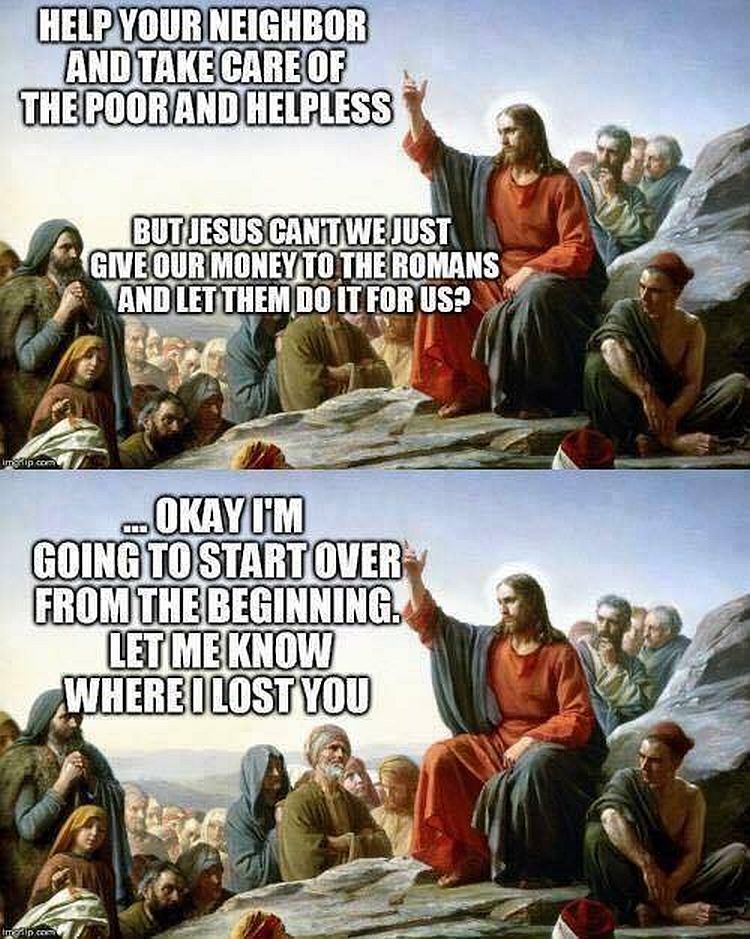 The “Occupy” movement (yes, they’re still around) is circulating an idiotic meme claiming that capitalism, and not socialism actually redistributes wealth.

It’s important to note here that what all these young, new “Socialists” running around don’t realize is that socialism is not an end and and of itself. It is merely a transition between capitalism and communism.

Marxists know this and they write about it all the time. They’re not going to tell the Bernie supporters because they don’t want to let on – but it’s the truth. Eventually, under socialism, you run out of other people’s money and you need to subjugate people by classes to further extract their wealth.

Marx, therefore, further refined the concept of a “transition society” and introduced the idea that the development of communist society would take place in two phases. In the first stage, “socialism” as he called it, the commune state was still necessary both to defeat all attempts at counter-revolution and to reconstruct the international economic system on an egalitarian and planned basis.

This is a dictatorship. Don’t be fooled. In fact, Marx himself called this transitory socialism a “dictatorship of the proletariat (the working class”). Let’s read on:

This, Marx called, the “dictatorship of the proletariat”. Dictatorship is frequently counterposed to democracy. Yet for Marx the concept of dictatorship was necessary and justified. Indeed, it was a very democratic dictatorship. Democratic, that is, for the vast majority, the working class; dictatorial over the bosses who would try to sabotage progress and crush the new regime through counter-revolution.

So the next time someone tells you how incredibly awesome socialism or “democratic socialism” is, remind them that the founder of modern socialist thought saw it exactly for what it was: the first step toward communism. And they’re just pawns in the game.