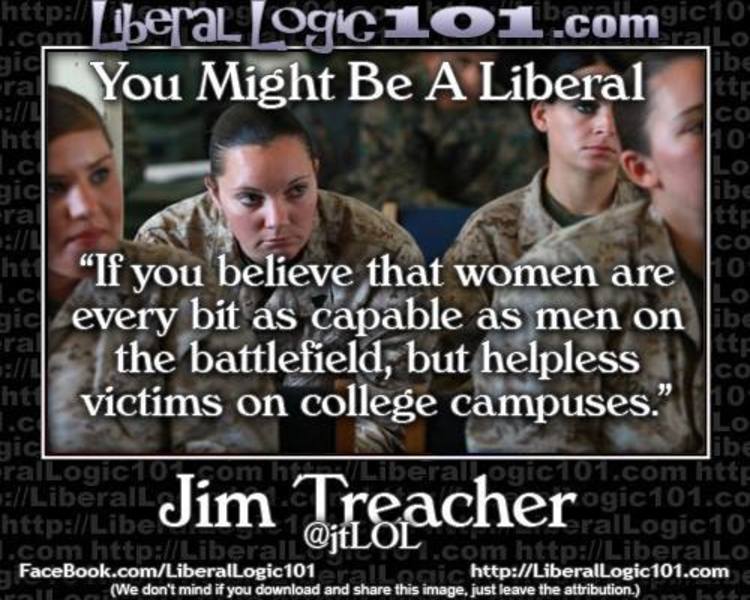 Feminism has become a man-hating ideology.

1. Myth: One in four women in college has been the victim of rape or attempted rape.

Fact: This mother of all factoids is based on a fallacious feminist study commissioned by Ms. magazine. The researcher, Mary Koss, hand-picked by hard-line feminist Gloria Steinem, acknowledges that 73 percent of the young women she counted as rape victims were not aware they had been raped. Forty-three percent of them were dating their “attacker” again.

Rape is a uniquely horrible crime. That is why we need sober and responsible research. Women will not be helped by hyperbole and hysteria. Truth is no enemy of compassion, and falsehood is no friend.

(Nara Schoenberg and Sam Roe, “The Making of an Epidemic,” Toledo Blade, October 10, 1993; and Neil Gilbert, “Examining the Facts: Advocacy Research Overstates the Incidence of Data and Acquaintance Rape,” Current Controversies in Family Violence eds. Richard Gelles and Donileen Loseke, Newbury Park, CA.: Sage Publications, 1993, pp.120-132; and Campus Crime and Security, Washington, D.C.: U.S. Department of Education, 1997. *According to this study, campus police reported 1,310 forcible sex offenses on U.S. campuses in one year. That works out to an average of fewer than one rape per campus.)

2. Myth: Women earn 75 cents for every dollar a man earns.

Fact: The 75 cent figure is terribly misleading. This statistic is a snapshot of all current full-time workers. It does not consider relevant factors like length of time in the workplace, education, occupation, and number of hours worked per week. (The experience gap is particularly large between older men and women in the workplace.) When economists do the proper controls, the so-called gender wage gap narrows to the point of vanishing.

(Essential reading: Women’s Figures: An Illustrated Guide to the Economic Progress of Women in America, by Diana Furchtgott-Roth and Christine Stolba, published by the Independent Women’s Forum and the American Enterprise Institute, Washington, D.C. 2000.)

3. Myth: 30 percent of emergency room visits by women each year are the result of injuries from domestic violence.

Fact: This incendiary statistic is promoted by gender feminists whose primary goal seems to be to impugn men. Two responsible government studies report that the nationwide figure is closer to one percent. While these studies may have missed some cases of domestic violence, the 30% figure is a wild exaggeration.

4. Myth: The phrase “rule of thumb” originated in a man’s right to beat his wife provided the stick was no wider than his thumb.

Fact: This is an urban legend that is still taken seriously by activist law professors and harassment workshoppers. The Oxford English Dictionary has more than twenty citations for phrase “rule of thumb” (the earliest from 1692), but not a single mention of beatings, sticks, or husbands and wives.

(For a definitive debunking of the hoax see Henry Ansgar Kelly, “Rule of Thumb and the Folklaw of the Husband’s Stick,” The Journal of Legal Education, September 1994.)

5. Myth: Women have been shortchanged in medical research.

Fact: The National Institutes of Health and drug companies routinely include women in clinical trials that test for effectiveness of medications. By 1979, over 90% of all NIH-funded trials included women. Beginning in 1985, when the NIH’s National Cancer Center began keeping track of specific cancer funding, it has annually spent more money on breast cancer than any other type of cancer. Currently, women represent over 60% of all subjects in NIH-funded clinical trails.

6.Myth: Girls have been shortchanged in our gender-biased schools

Fact: No fair-minded person can review the education data and conclude that girls are the have-nots in our schools. Boys are slightly ahead of girls in math and science; girls are dramatically ahead in reading and writing. (The writing skills of 17-year-old boys are at the same level as 14-year- old girls.) Girls get better grades, they have higher aspirations, and they are more likely to go to college.

7. Myth: “Our schools are training grounds for sexual harassment… boys are rarely punished, while girls are taught that it is their role to tolerate this humiliating conduct.”

Fact: “Hostile Hallways,” is the best-known study of harassment in grades 8-11. It was commissioned by the American Association of University Women (AAUW) in 1993, and is a favorite of many harassment experts. But this survey revealed that girls are doing almost as much harassing as the boys. According to the study, “85 percent of girls and 76 percent of boys surveyed say they have experienced unwanted and unwelcome sexual behavior that interferes with their lives.”

(Four scholars at the University of Michigan did a careful follow-up study of the AAUW data and concluded: “The majority of both genders (53%) described themselves as having been both victim and perpetrator of harassment — that is most students had been harassed and had harassed others.” And these researchers draw the right conclusion: “Our results led us to question the simple perpetrator-victim model…”)(See: American Education Research Journal, Summer 1996.)