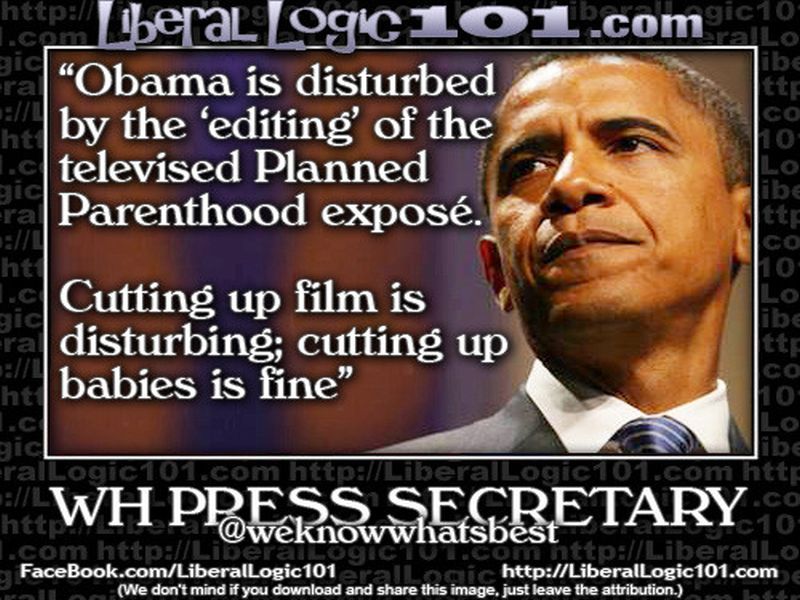 Planned Parenthood’s reaction to the release of a clandestinely recorded conversation about the sale of fetal body parts was highly revealing. After protesting that it did nothing illegal, it apologized for the “tone” of one of its senior directors.

Her remarks lacked compassion, admitted Planned Parenthood President Cecile Richards. As if Dr. Deborah Nucatola’s cold and casual discussion over salad and wine of how the fetal body can be crushed with forceps in a way that leaves valuable organs intact for sale is some kind of personal idiosyncrasy. On the contrary, it’s precisely the kind of psychic numbing that occurs when dealing daily with industrial scale destruction of the growing, thriving, recognizably human fetus.

This was again demonstrated by the release this week of a second video showing another official sporting that same tone, casual and even jocular, while haggling over the price of an embryonic liver. “If it’s still low, then we can bump it up,” she joked, “I want a Lamborghini.” …

The Planned Parenthood revelations will have an effect. Perhaps not on government funding, given the Democratic Party’s unwavering support and the president wishing it divine guidance. Planned Parenthood might escape legal jeopardy as well, given the loophole in the law banning the sale of fetal parts that permits compensation for expenses (shipping and handling, as it were).

But these revelations will have an effect on public perceptions. Just as ultrasound altered feelings about abortion by showing the image, the movement, the vibrant living-ness of the developing infant in utero, so too, I suspect, will these Planned Parenthood revelations, by throwing open the door to the backroom of the clinic where that being is destroyed. …

The role of democratic politics is to turn such moral sensibilities into law. This is a moment to press relentlessly for a national ban on late-term abortions.