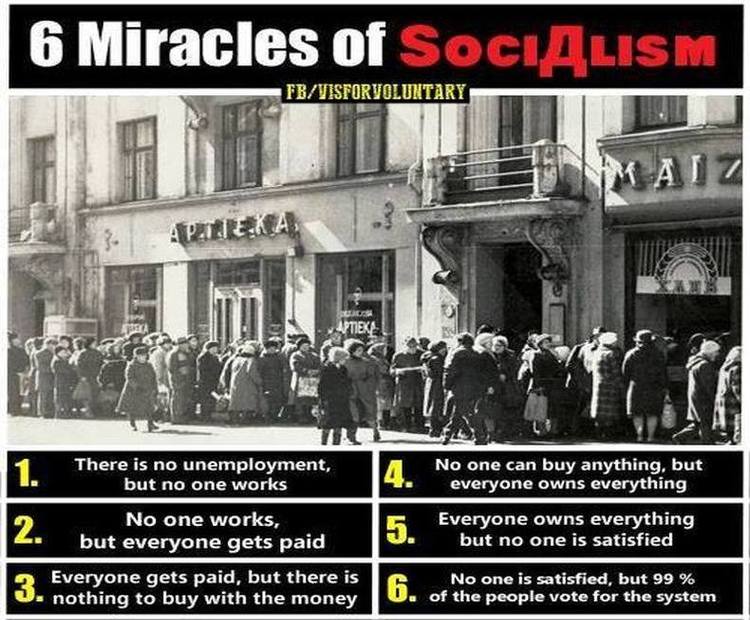 Kimberly Morin writes that the following meme about Denmark has been virally making its way around the interwebs. It paints a rosy picture of a country where everything is free and people are remarkably happy but that isn’t quite true. 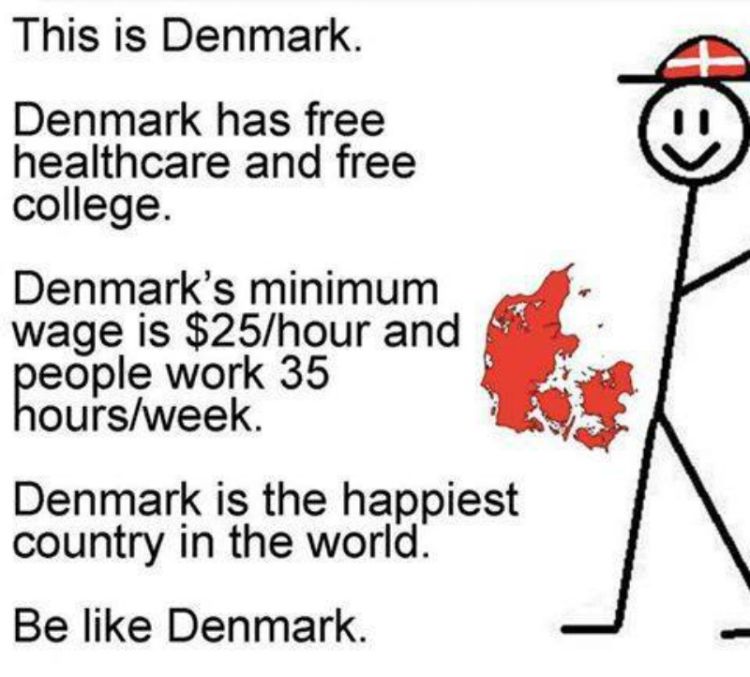 Denmark has some of the highest, if not THE highest, taxes in the world. On top of having extremely high income taxes they also have a 25% sales tax.

So all the ‘free stuff’ they are talking about in the meme, isn’t actually free. The people who actually work (it’s a huge welfare state as well) are the ones paying for everything. Imagine working most of the week to pay for government programs, getting your pay check to realize they took more than HALF of YOUR hard-earned income to redistribute elsewhere? 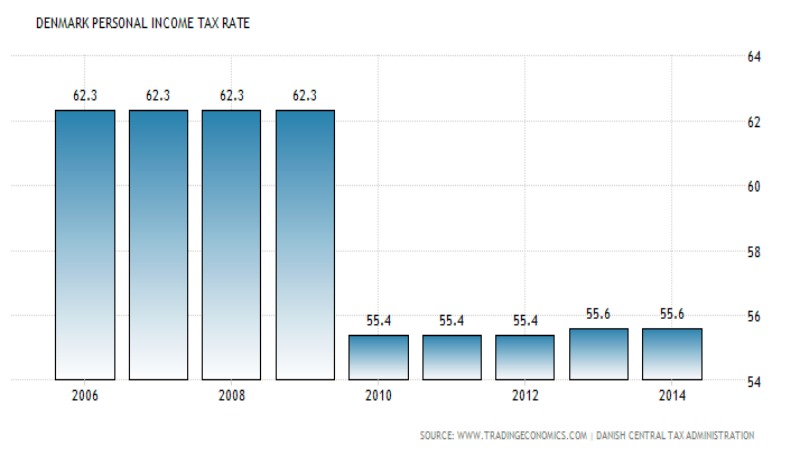 And that ‘free college education?’ It’s not really working out how the Danish envisioned.

No tuition fees and generous grants give young Danes an opportunity that would make most green with envy — a university education without a massive debt yoke.

But many, in both industry and politics, feel it’s become a free lunch that’s giving indigestion to Scandinavia’s already weakest economy.

Too many pursue “fulfilment” and too few the science and engineering degrees needed in well-paid growth sectors critical for the nation’s future, they say.

With one of the highest tax rates in the world — at 56 percent for top earners — big salaries mean mostly bigger taxes to sustain the welfare state. Many young Danes just don’t see the point of putting in years of effort into studying for a bigger salary eaten up by taxes.

Well isn’t that useful? When people aren’t actually paying for something they tend to take advantage of it or treat it as less important.

But they are right, why work to make more money when it’s just going to get taken to pay for the slackers who major in useless degrees?

And about that minimum wage? It’s not even close to being the truth.

The first stage of the answer is that Denmark doesn’t actually have a national minimum wage: the Nordics tend not to. However, there’s a mixture of union and other agreements that do mean that the effective minimum is 110 DKK (that’s Danish Krone) an hour.

The average minimum wage for all private and public sector collective bargaining agreements is approximately DKK 110 ($20) per hour, exclusive of pension benefits. The Danish “minimum wage” of $20 or $21 is actually an average of all minimum wages across a variety of sectors.

But that’s not enough: if we want to compare wages we need to compare what they will actually buy. That is, we must adjust for Purchasing Power Parity, or PPP. And the correction there is 1.4. That is, in terms of what you can actually buy with any amount of money in the Danish economy we must divide the market exchange rate by 1.4. Which gives us $11.70 per hour as the Danish minimum wage.

The Danish do actually work the shortest work weeks but it’s only 5 hours less than the average American work week. Danes work 33 hours per week and Americans work 38 hours per week.

Of course, the majority of the week they work is all to go to the high taxes they have to pay and it’s also contributing to worry about a sluggish economy.

And finally, that ‘happiest’ part. Meh, not really so much either unless it’s the result of meds.

Take the Danes, for instance. True, they claim to be the happiest people in the world, but why no mention of the fact they are second only to Iceland when it comes to consuming anti- depressants?

The Danes also have the highest level of private debt in the world (four times as much as the Italians, to put it into context; enough to warrant a warning from the IMF), while more than half of them admit to using the black market to obtain goods and services.

Clearly this meme isn’t quite accurate nor does it discuss the downfalls of a huge welfare state.

For some reason leftists who appreciate all this ‘free stuff’ never seem to realize that SOMEONE is paying for it and eventually, as repeated here often, you run out of other people’s money.